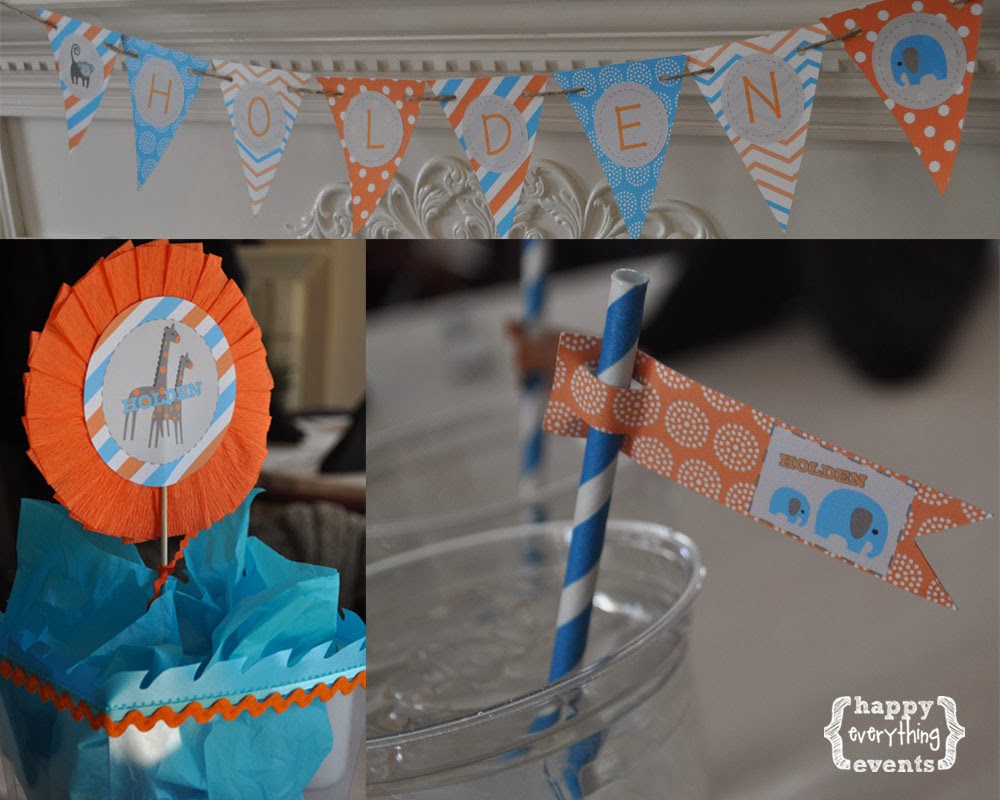 A little over a week ago, we had the honor to travel to Baltimore to plan Holden's baptism brunch. In talking with Mommy Kim, we decided on a "Noah's Ark" theme and went with orange and aqua for the color scheme. (You may remember Mommy Kim's "Little Man" baby shower here). 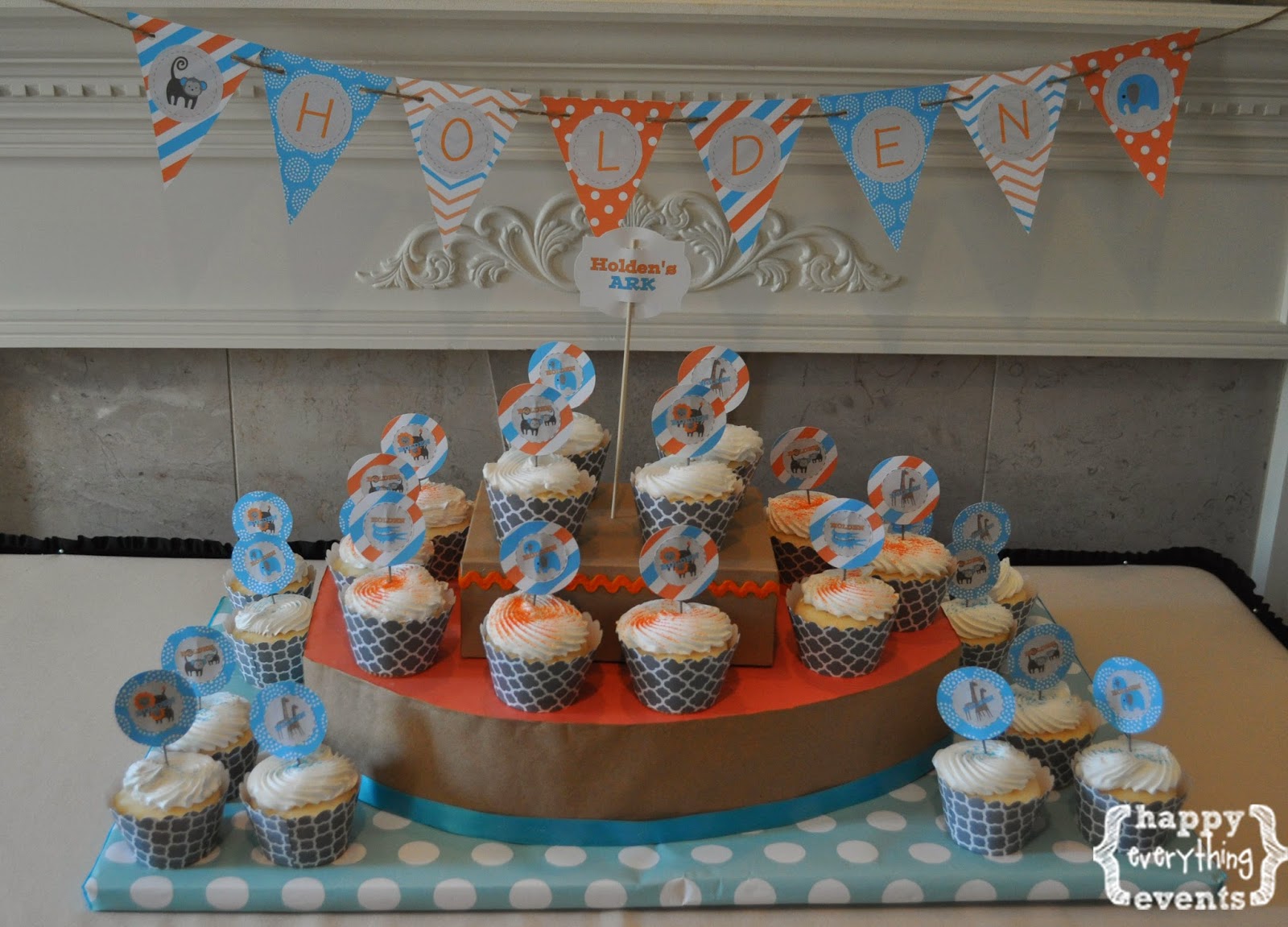 For the cupcake tower, I created "Holden's Ark" and covered boxes and cardboard, trimming it with rickrack and ribbon. The "Holden's Ark" sign was the finishing touch. (Shout-out to my husband for his engineering help on this!) 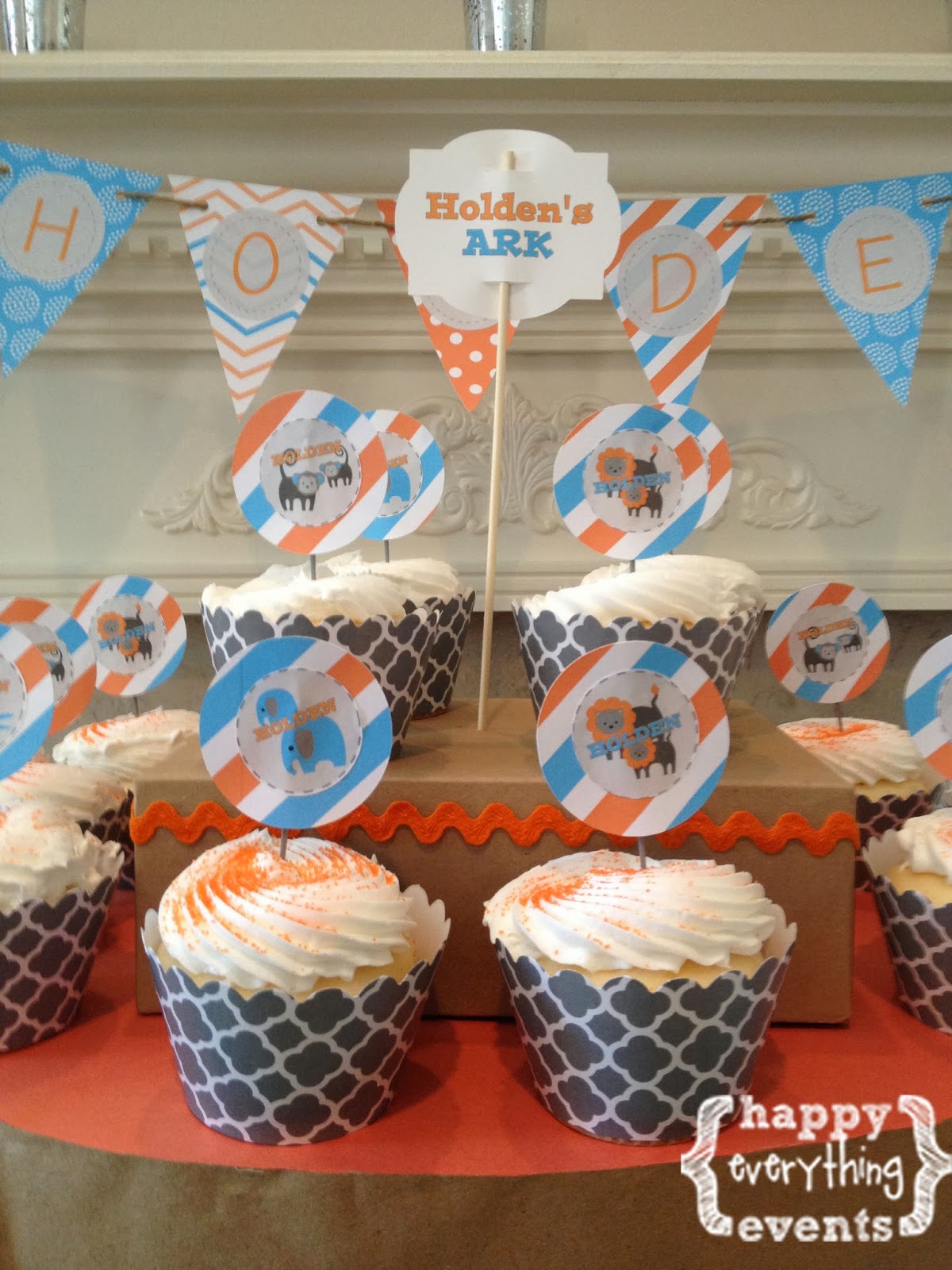 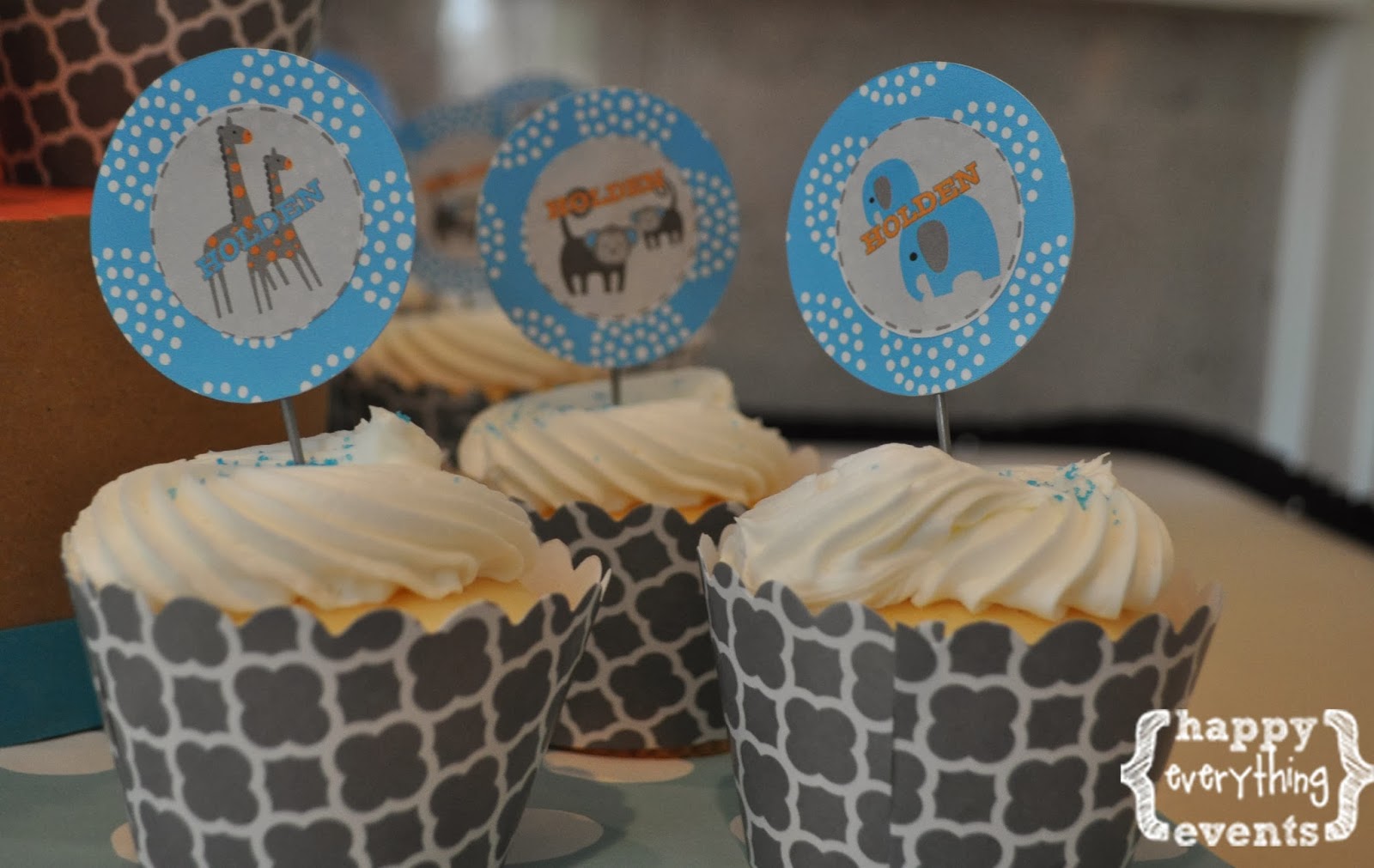 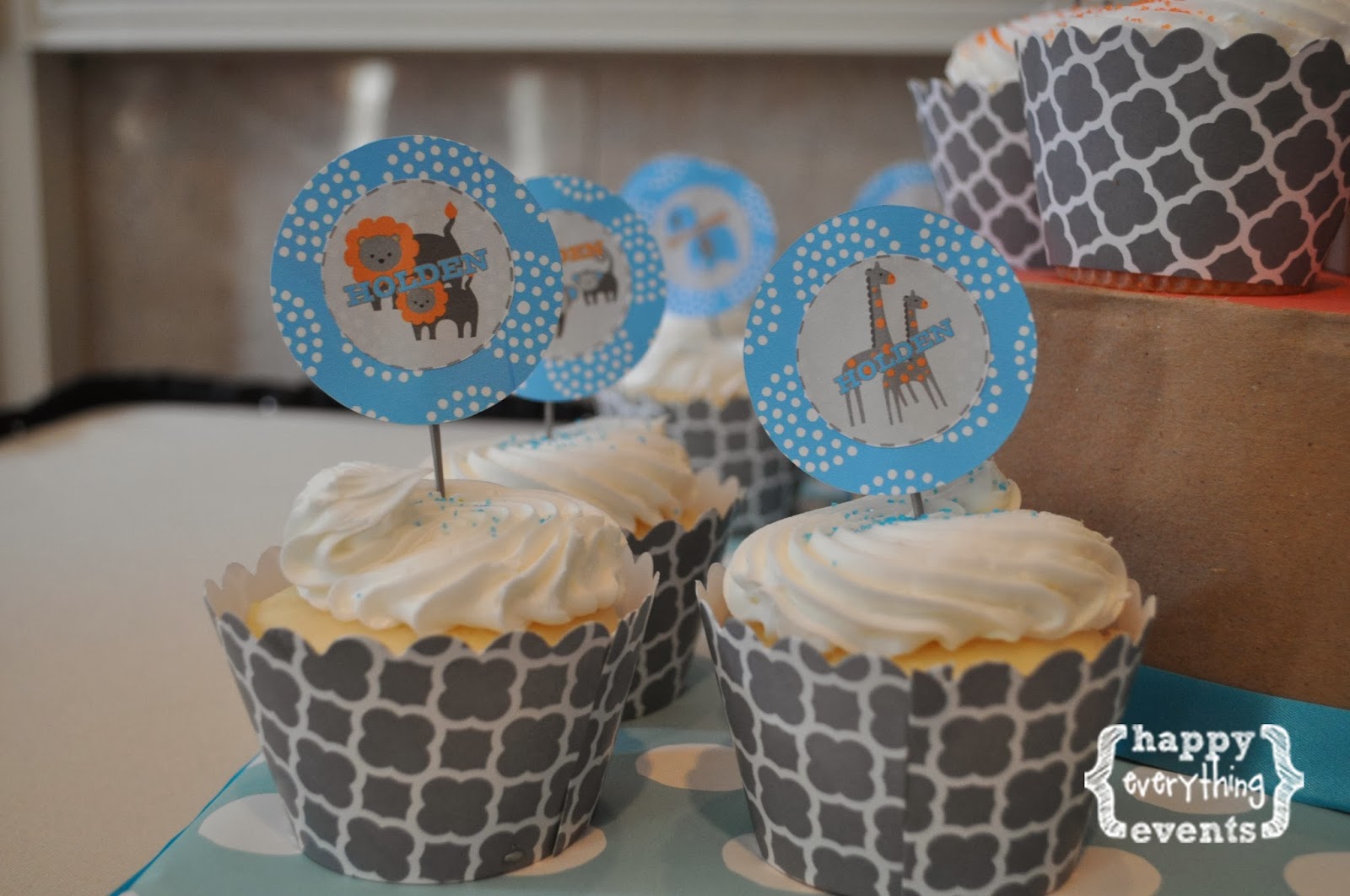 The cupcake toppers featured different animals, two-by-two to play on the theme. 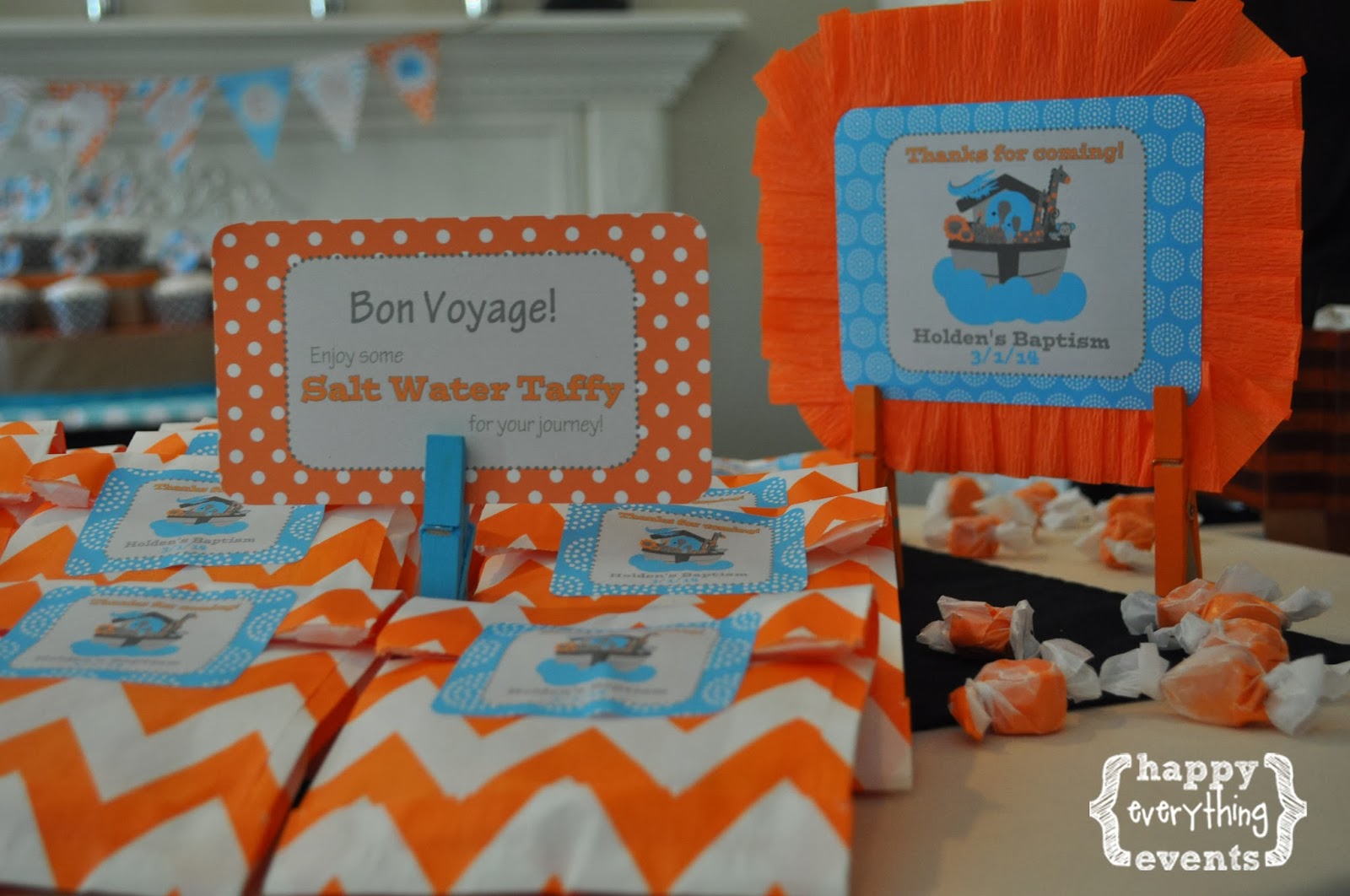 As favors, I wanted to play on the theme a bit more and had orange chevron favor bags,
filled with orange salt water taffy. 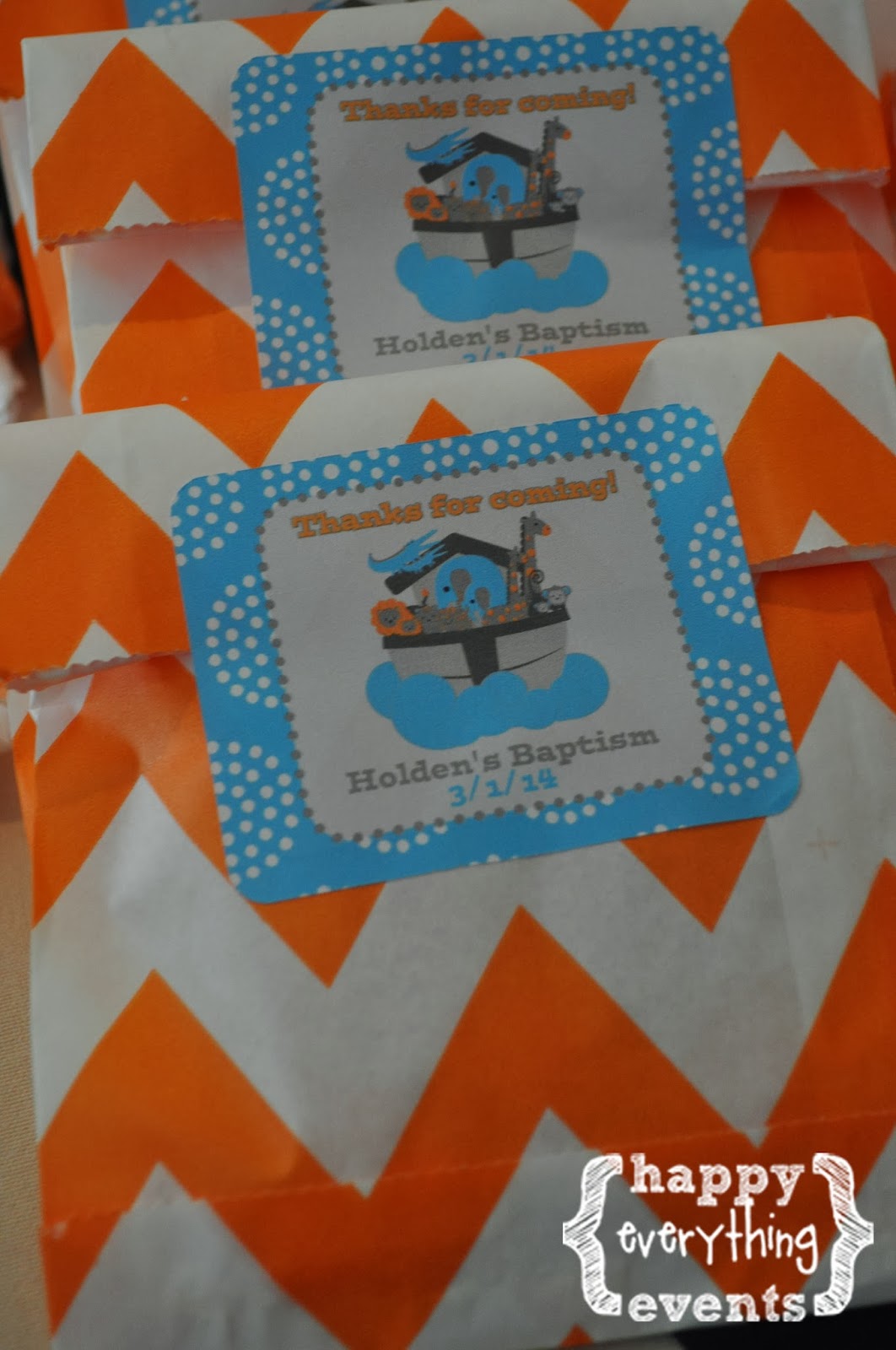 The custom stickers featured the ark and animals. 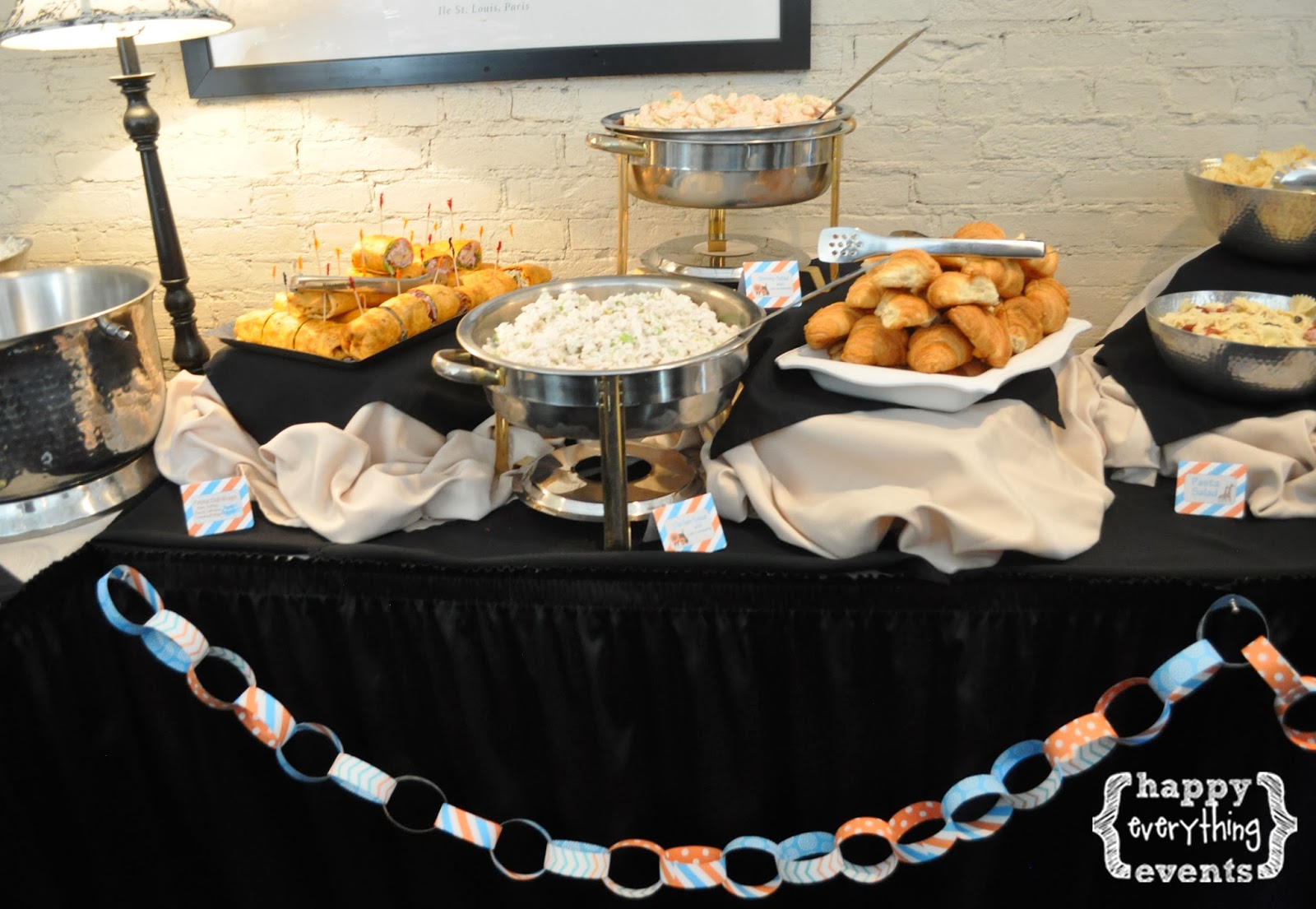 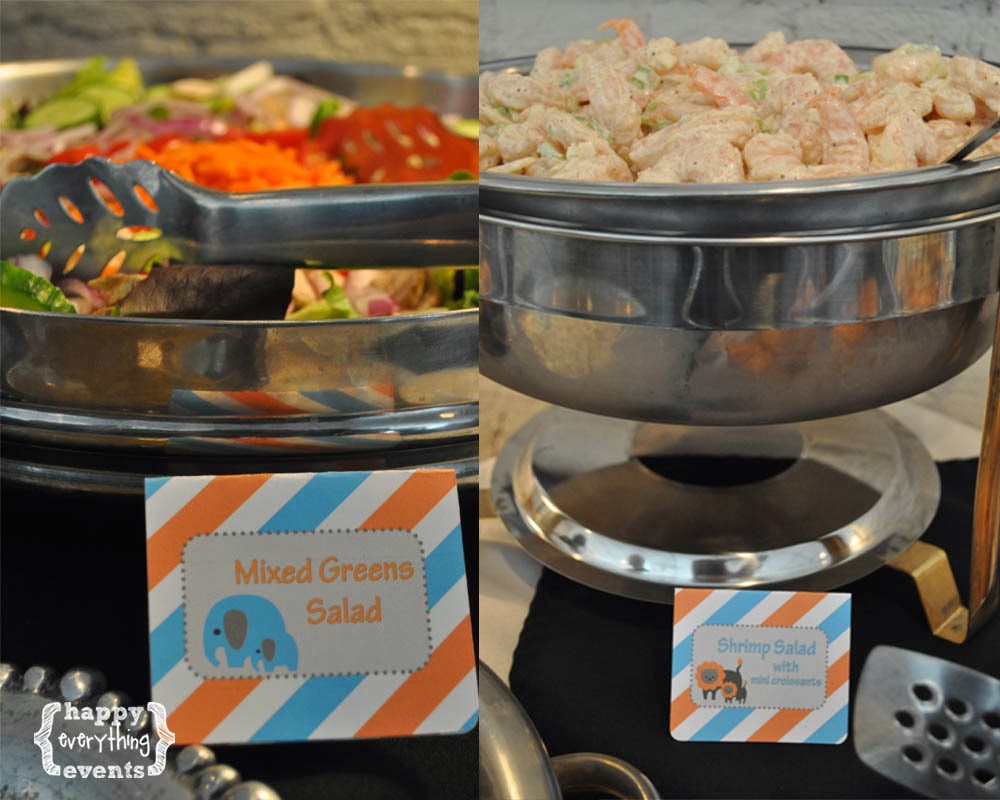 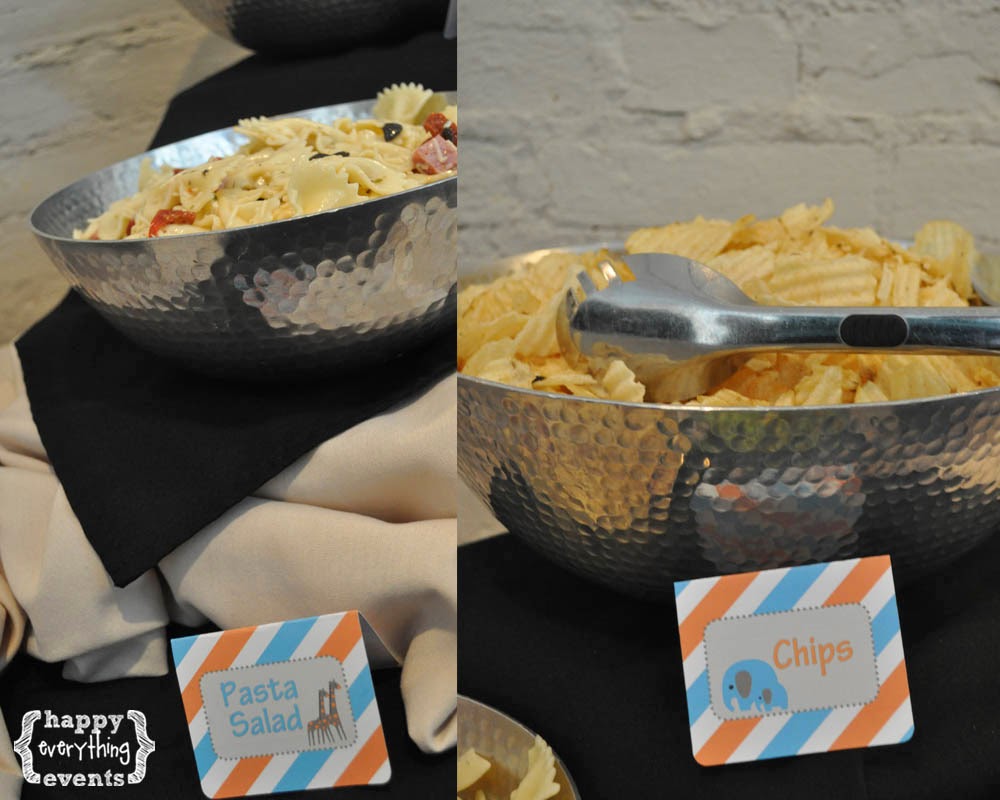 The animals, two-by-two, were also featured on the food menu cards. 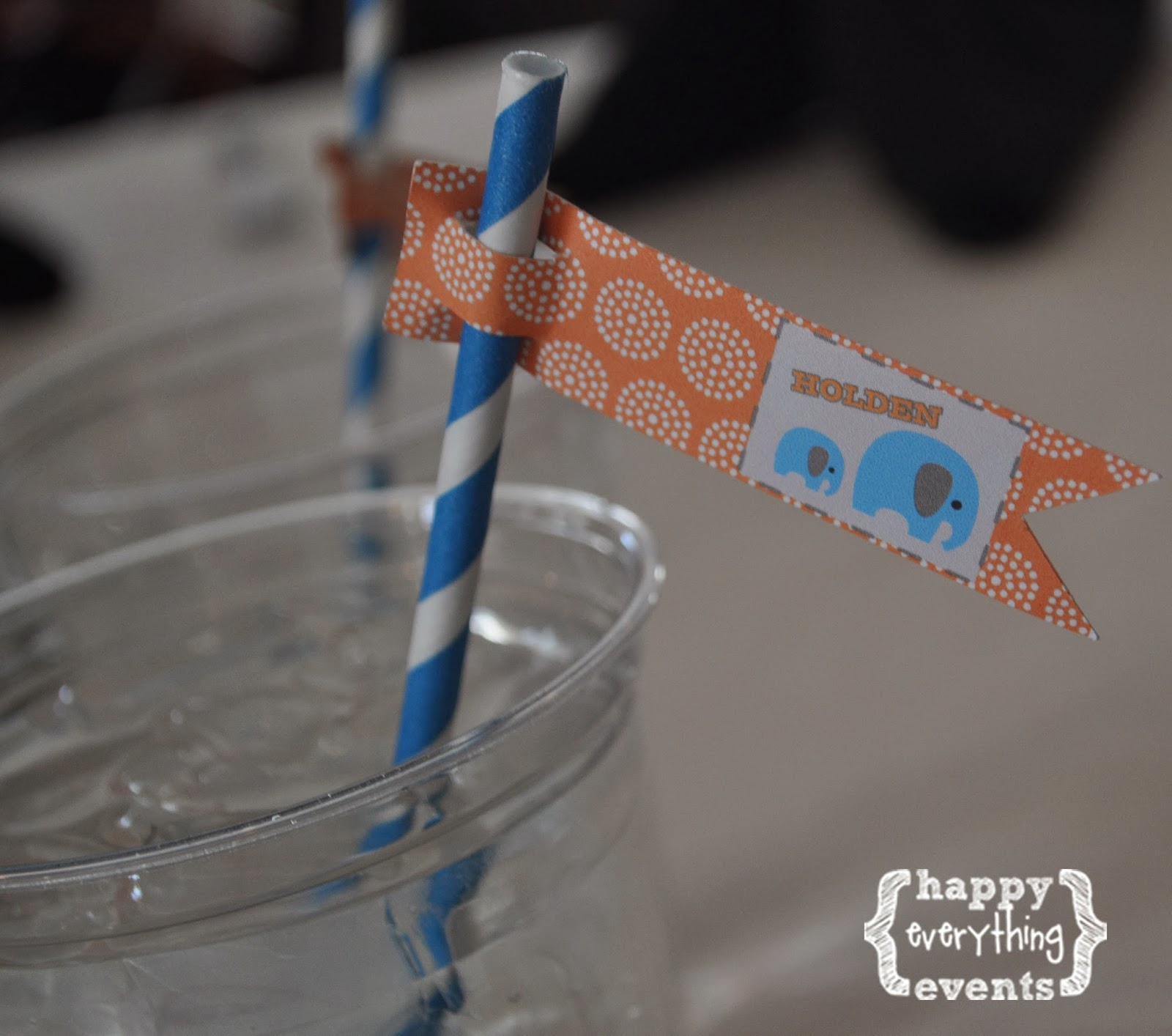 The animals also appeared on the drink straws. 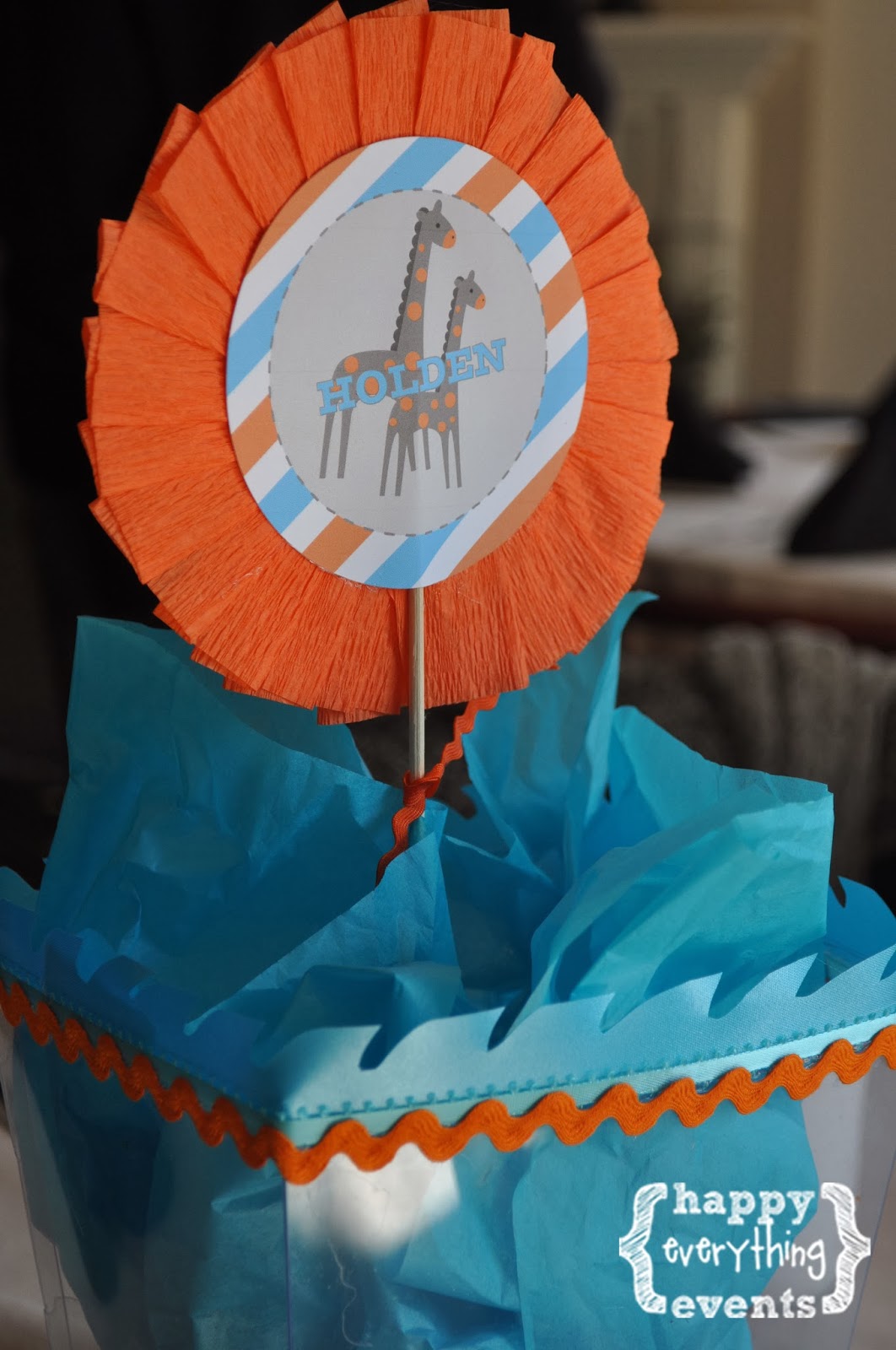 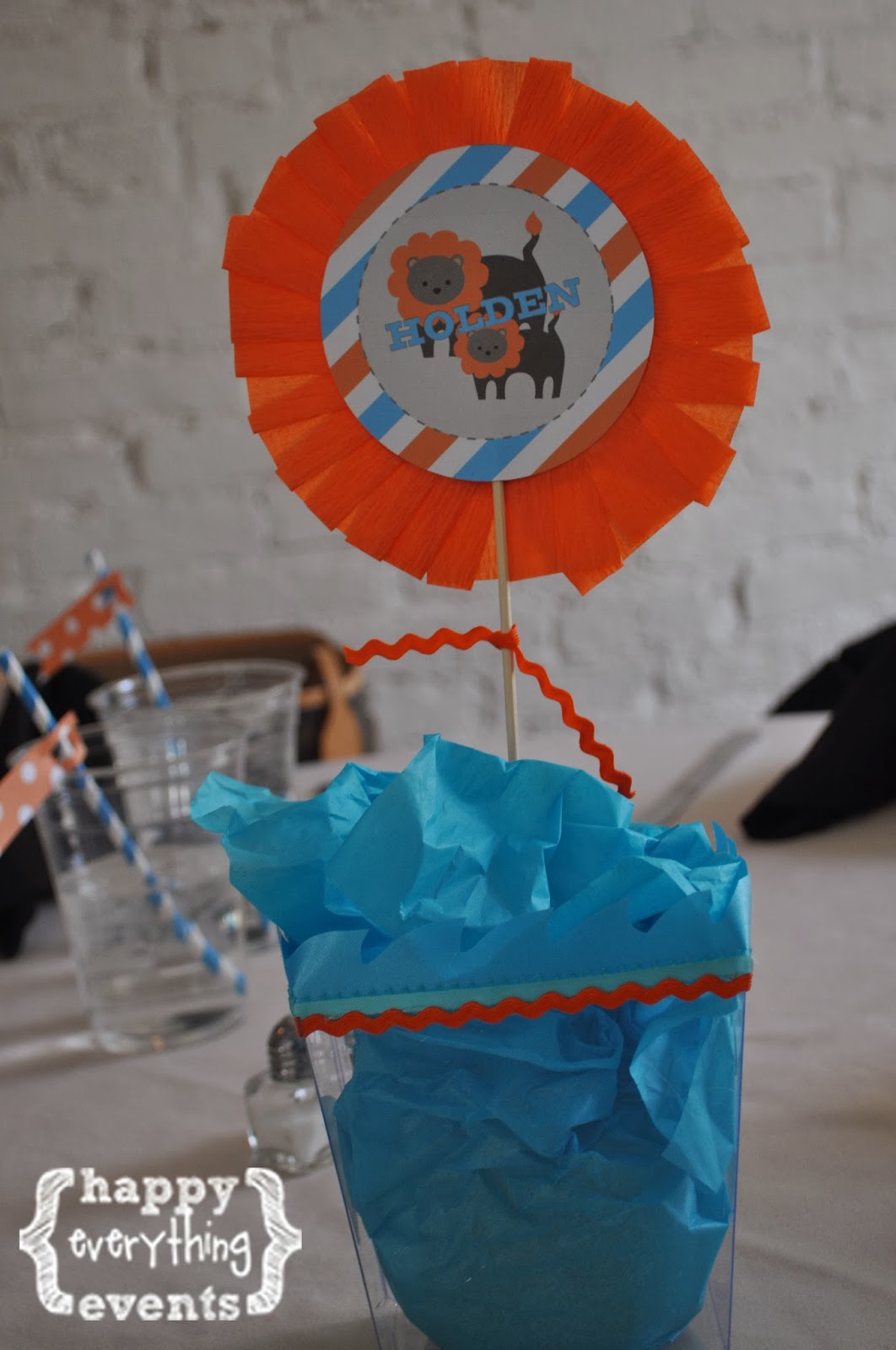 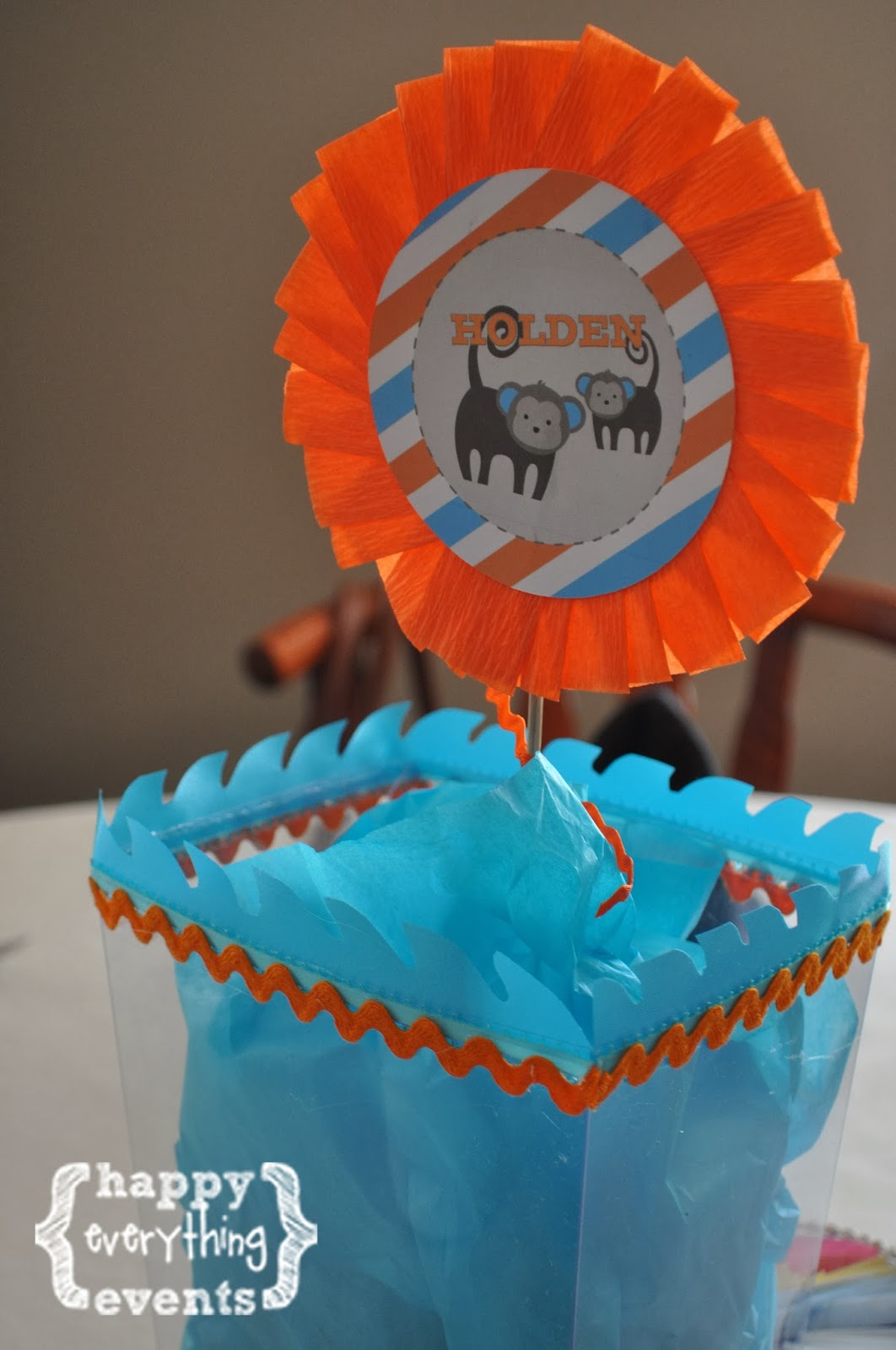 Each centerpiece featured a different pair of animals.
The blue waves and rickrack helped bring the ocean to life. 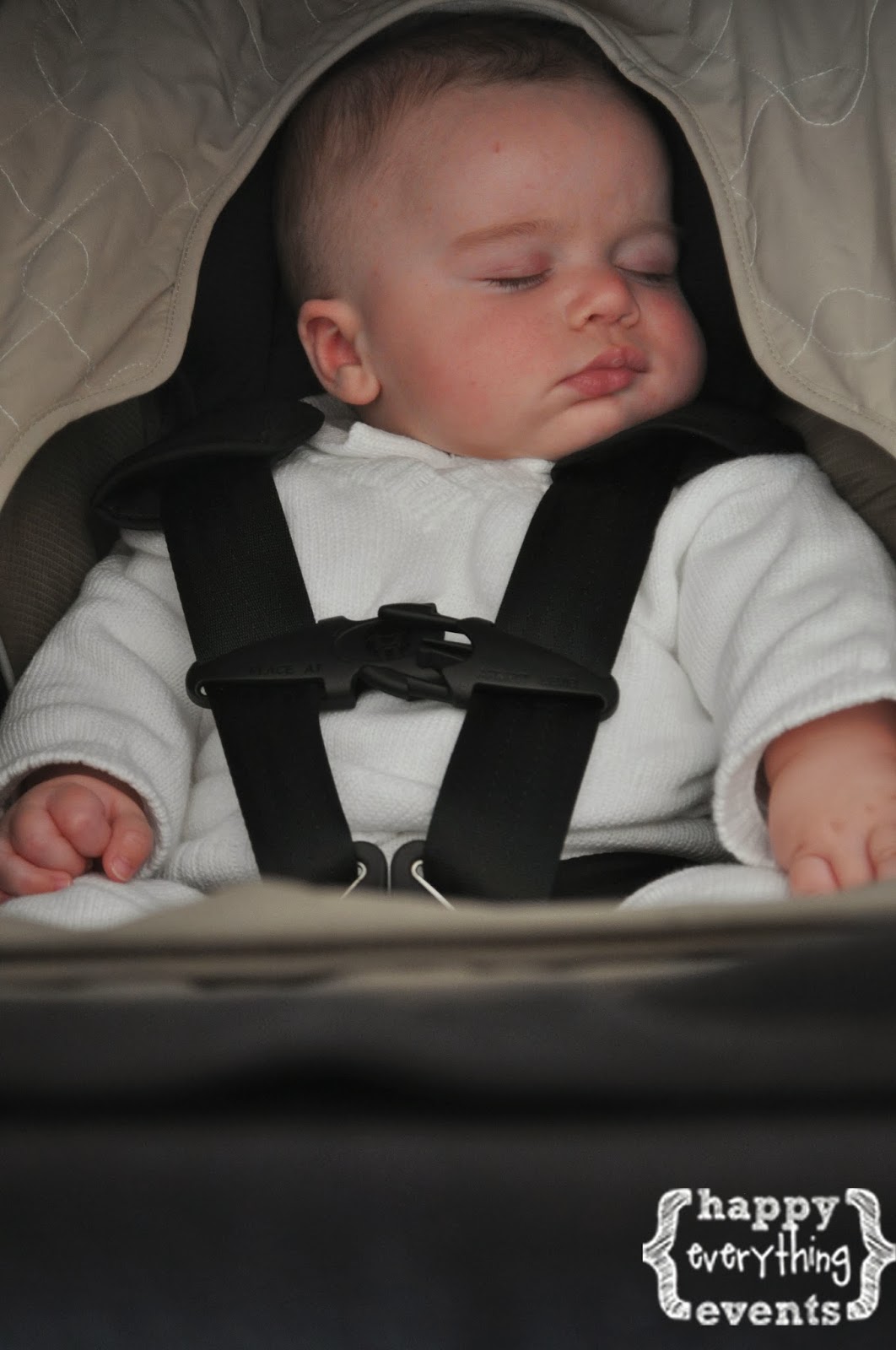 And although he slept through most of his party, sweet baby Holden
was certainly honored by his friends and family on this special day.