Stephanie and Caroline decided to throw a co-ed baby shower for their sister and daughter Jenny and her husband, Mike. They had already decided on a Storybook Baby Shower, where guests could bring their favorite childhood storybook for Baby Orr. See this adorable invitation that served as inspiration for this fun "not too girly" baby girl sips and snacks shower.

We had a blast designing the details for this one-of-a-kind shower. 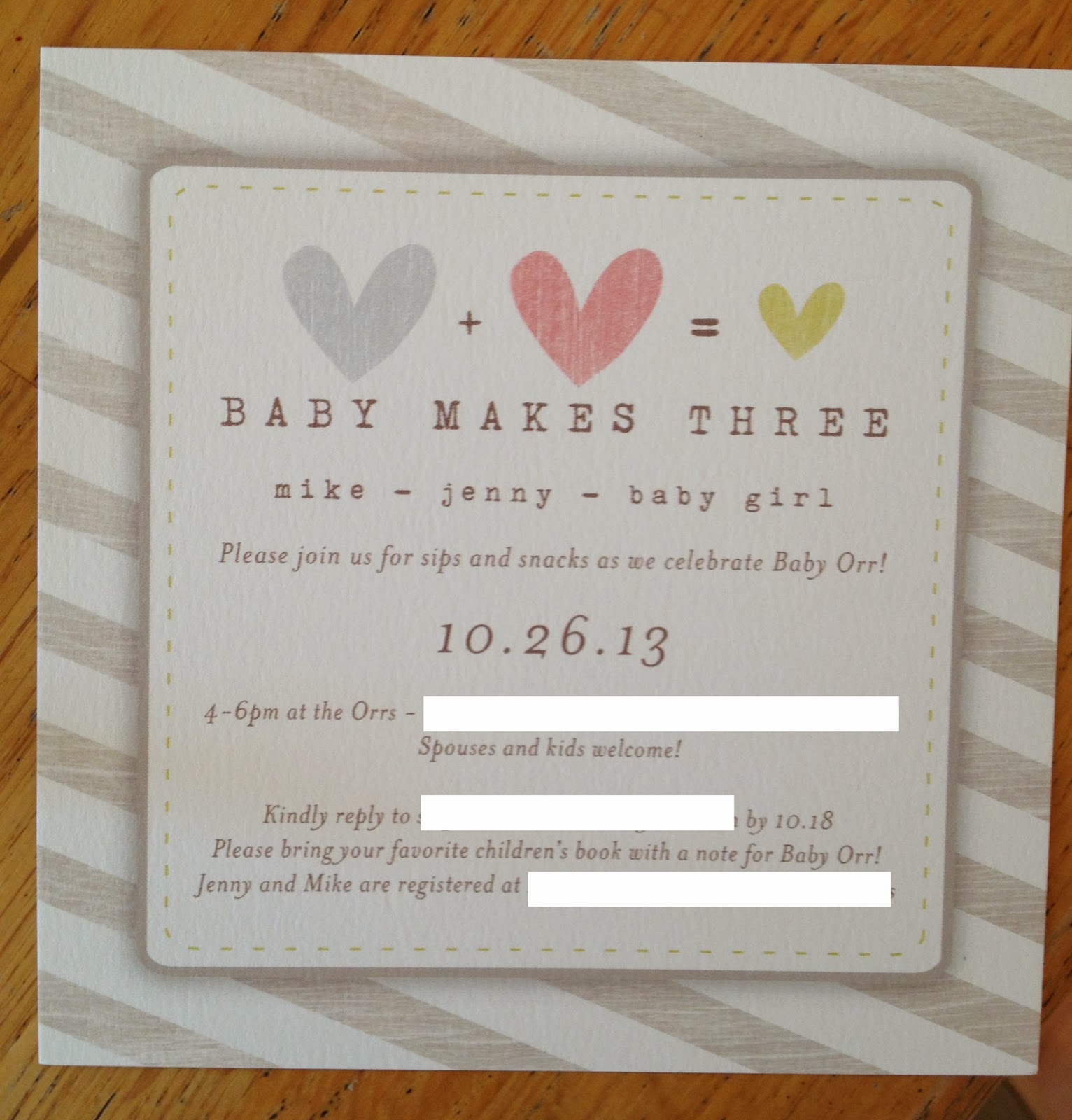 We wanted the storybooks to play a key role in the decor. Stephanie, Caroline and I brainstormed book ideas for the menu cards. 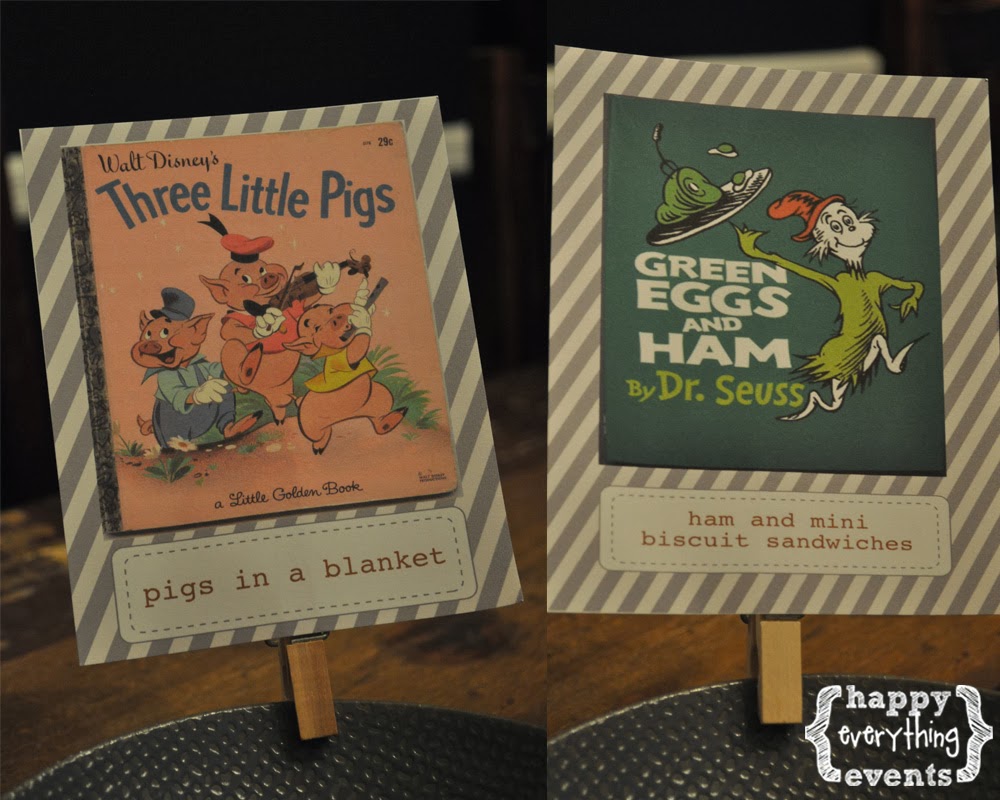 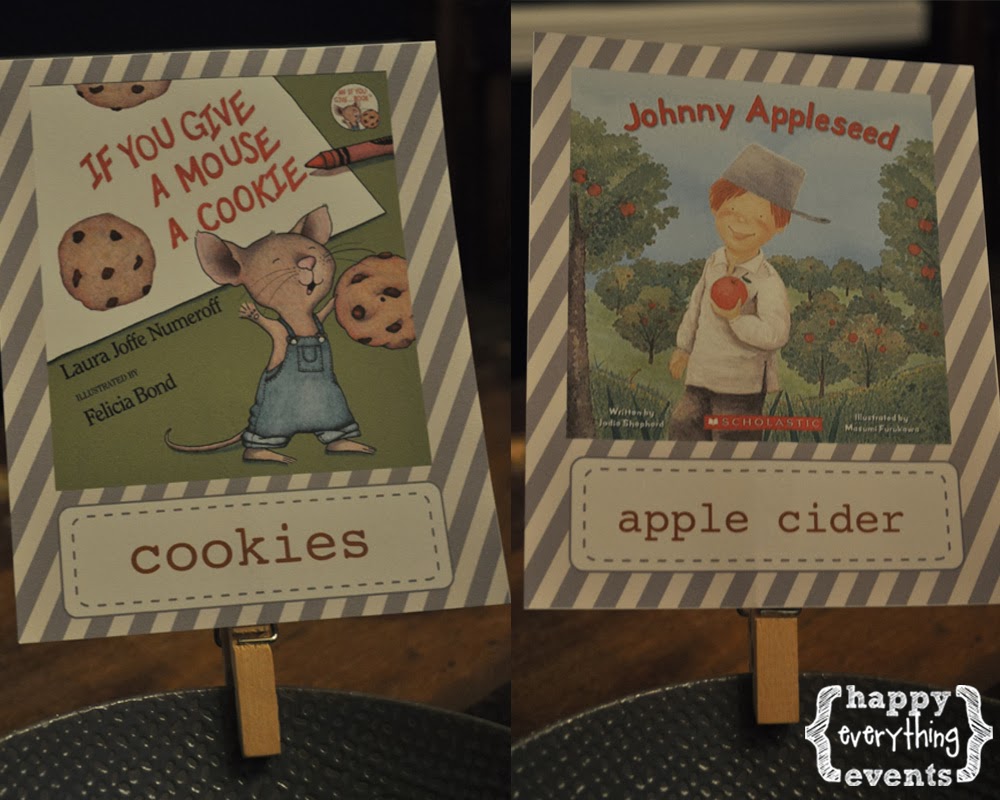 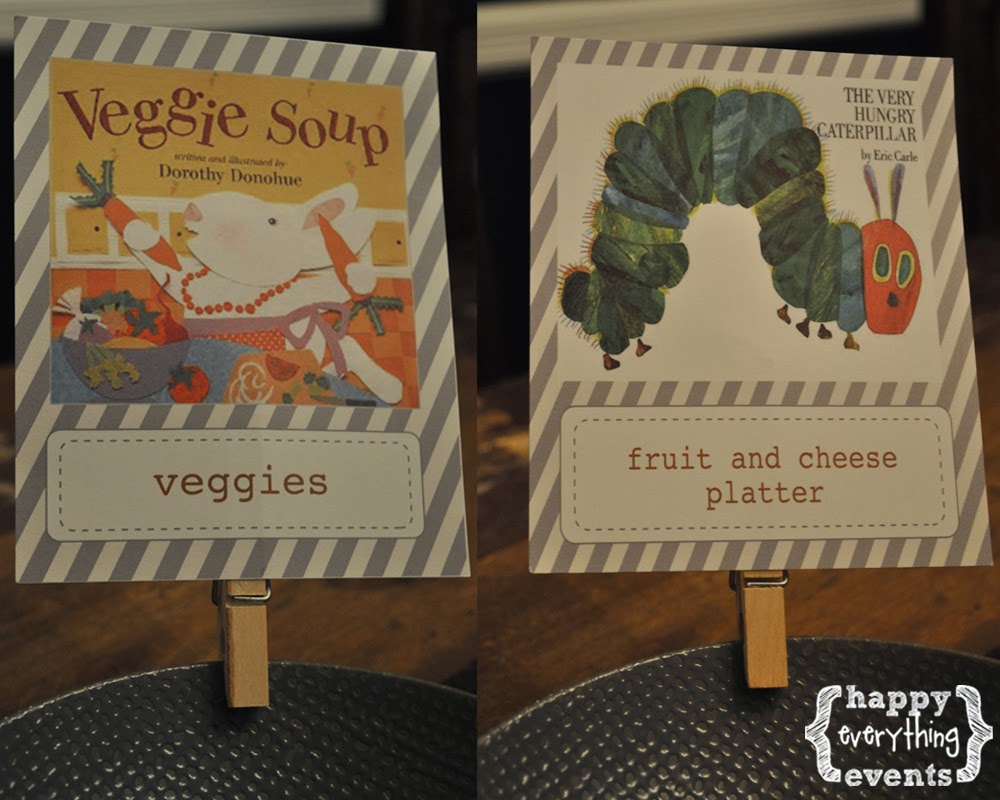 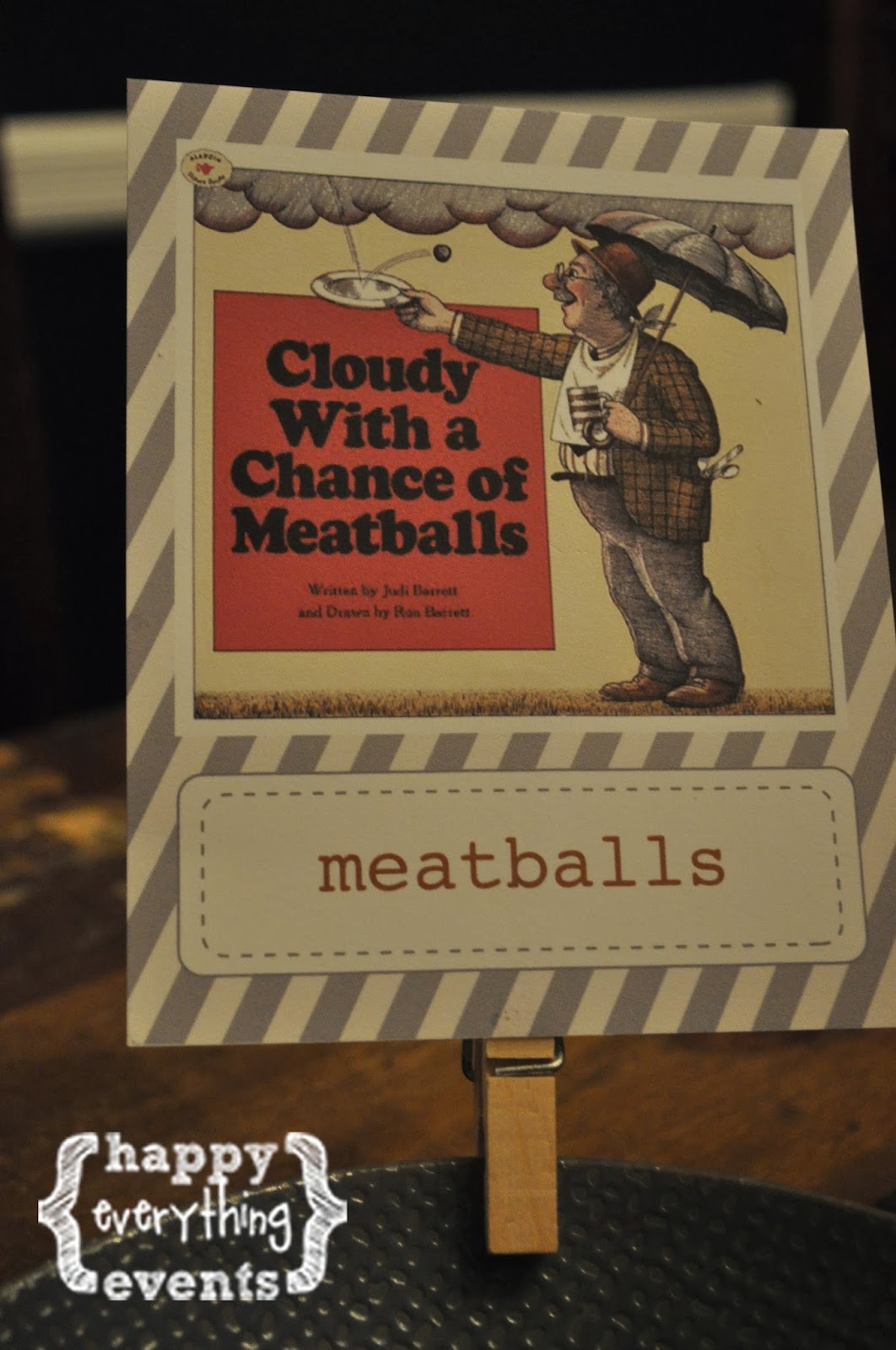 These extra large food signs included an attached wooden clothespin so that they could easily clip onto the food platters. 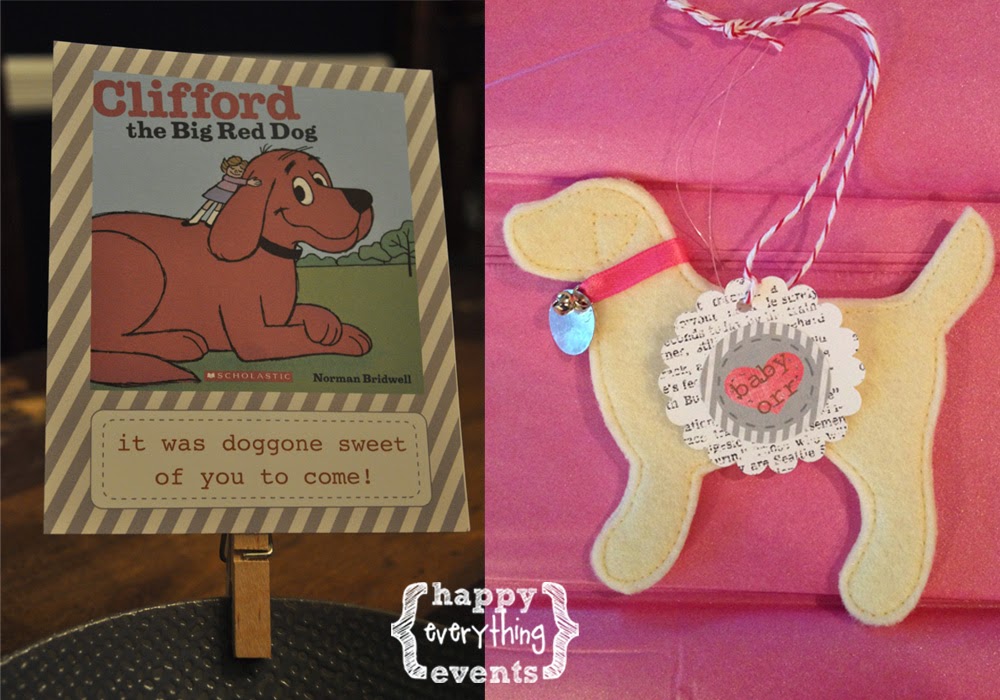 Stephanie and Caroline wanted the favors to be dog themed since dog Bella will be the big sister in December. Happy Everything made this custom favor sign with Clifford the Big Red Dog and also created the favor tags that were tied onto the adorable dog ornament favors. The "Once Upon A Time" banner was circular and included hearts and a type writer font to match the invitation. 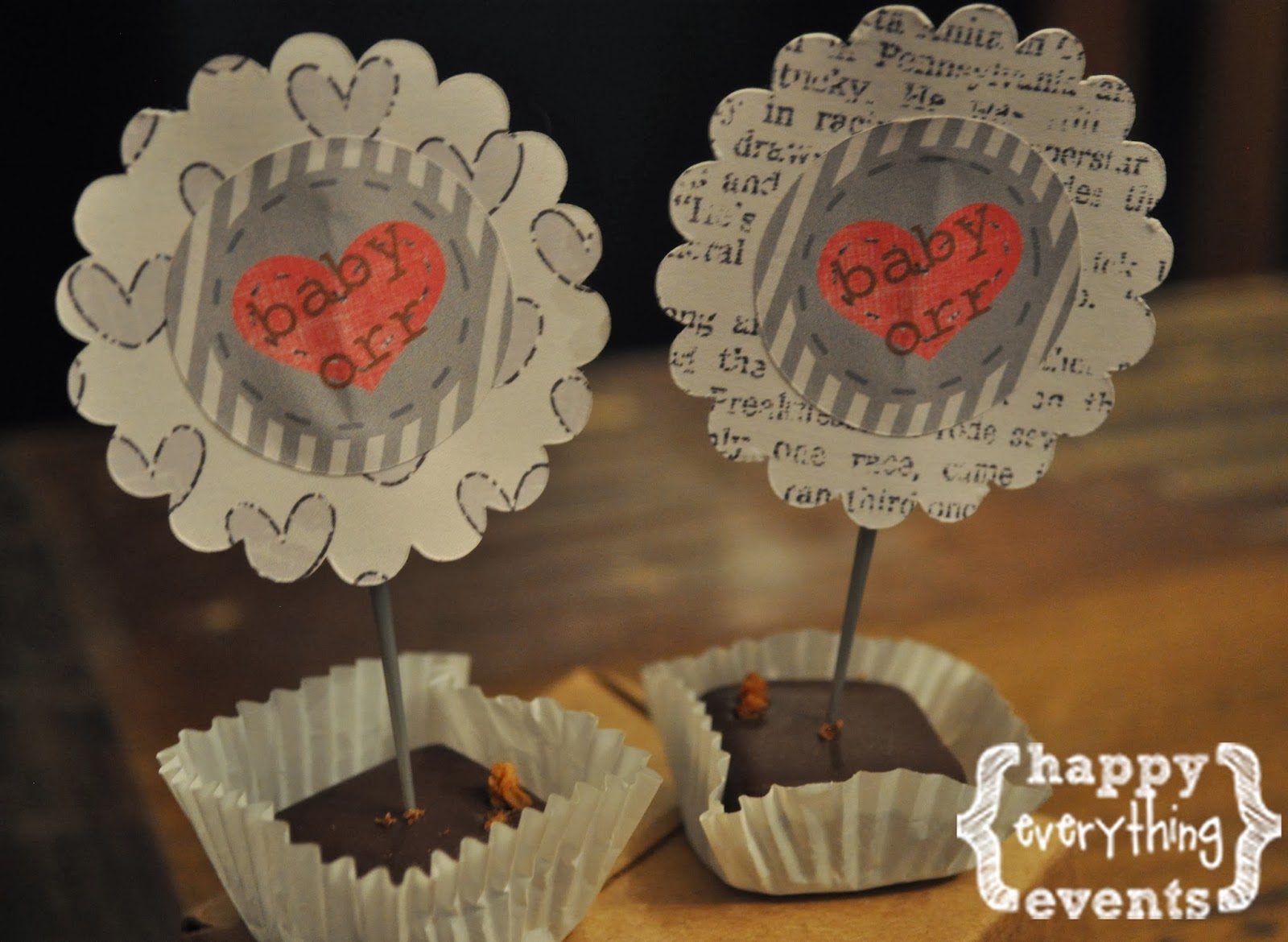 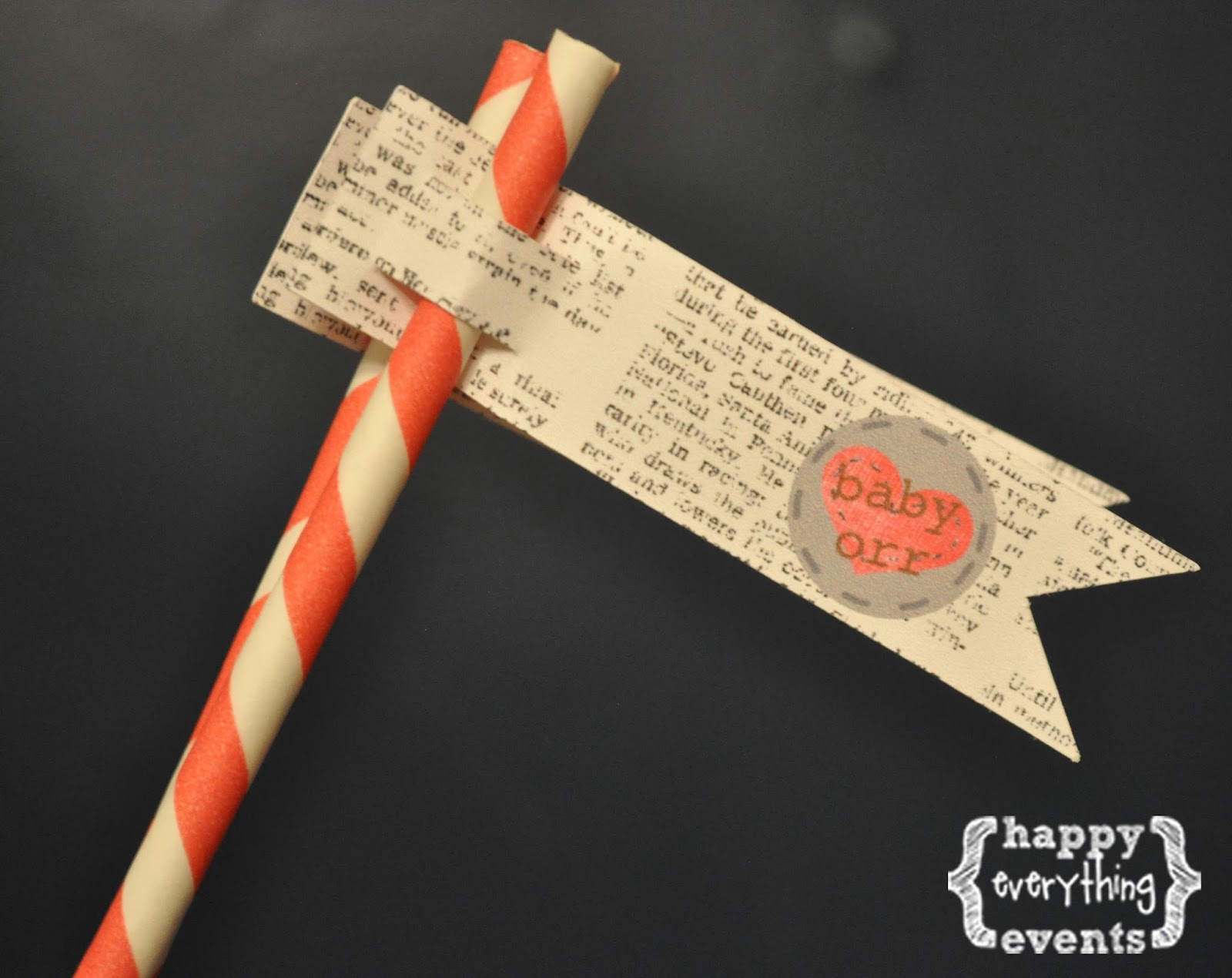 The scalloped cupcake toppers and the straw flags also included the party's logo and featured a typed print that gave the illusion of a book.

Thanks to Jenny for sharing pics from the fantastic shower in North Carolina the last weekend in October. Doesn't the food look yummy? 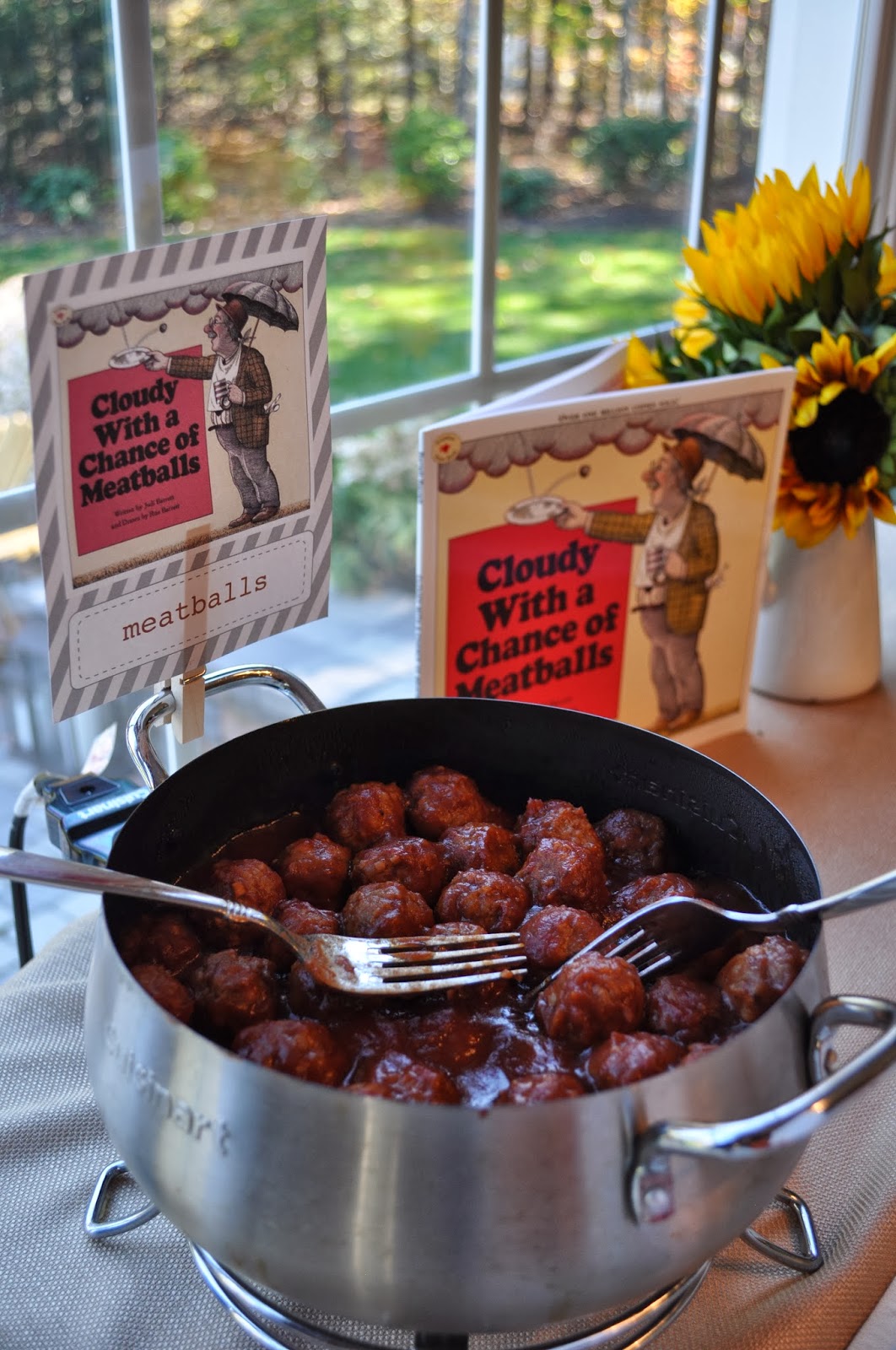 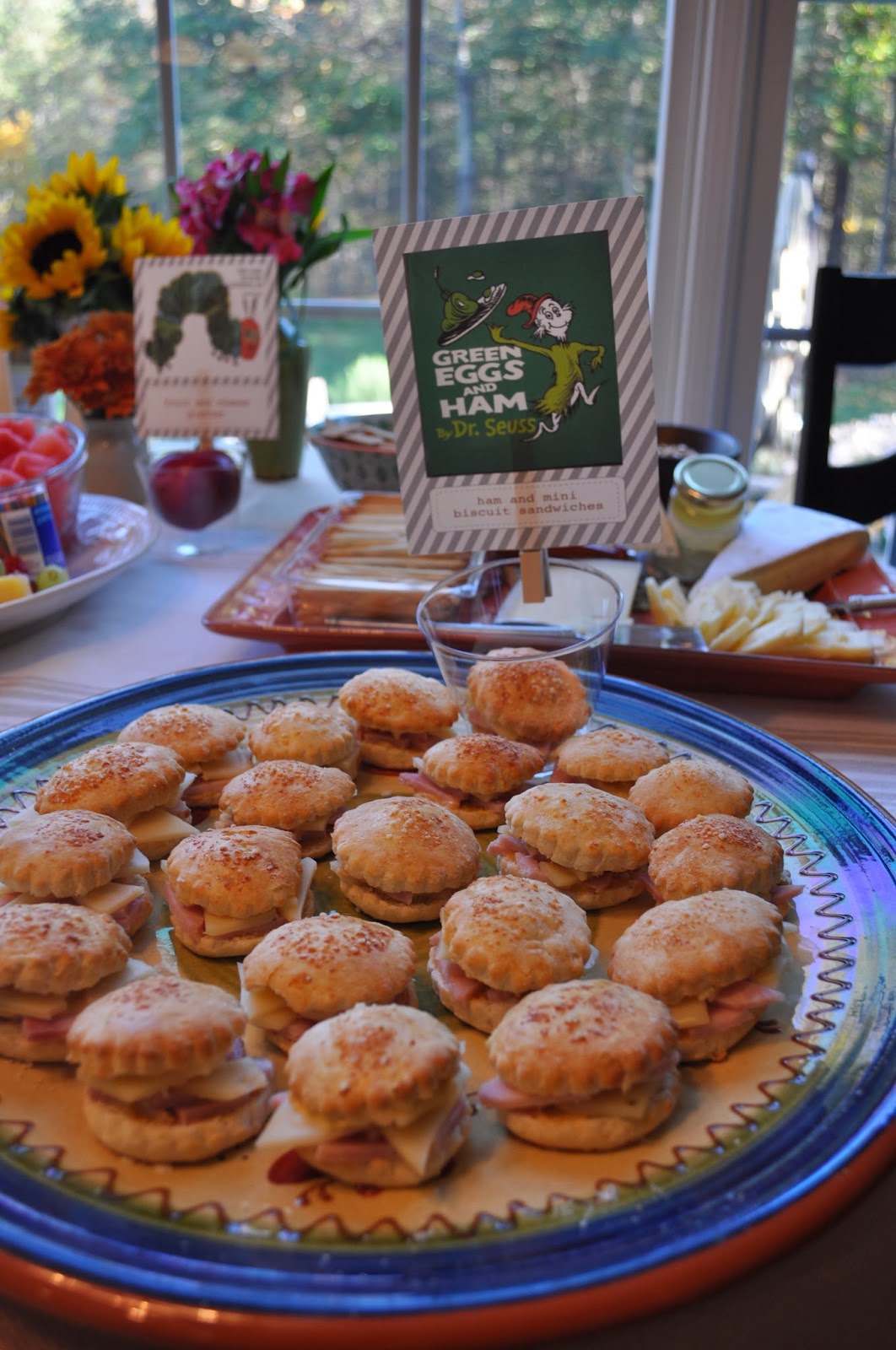 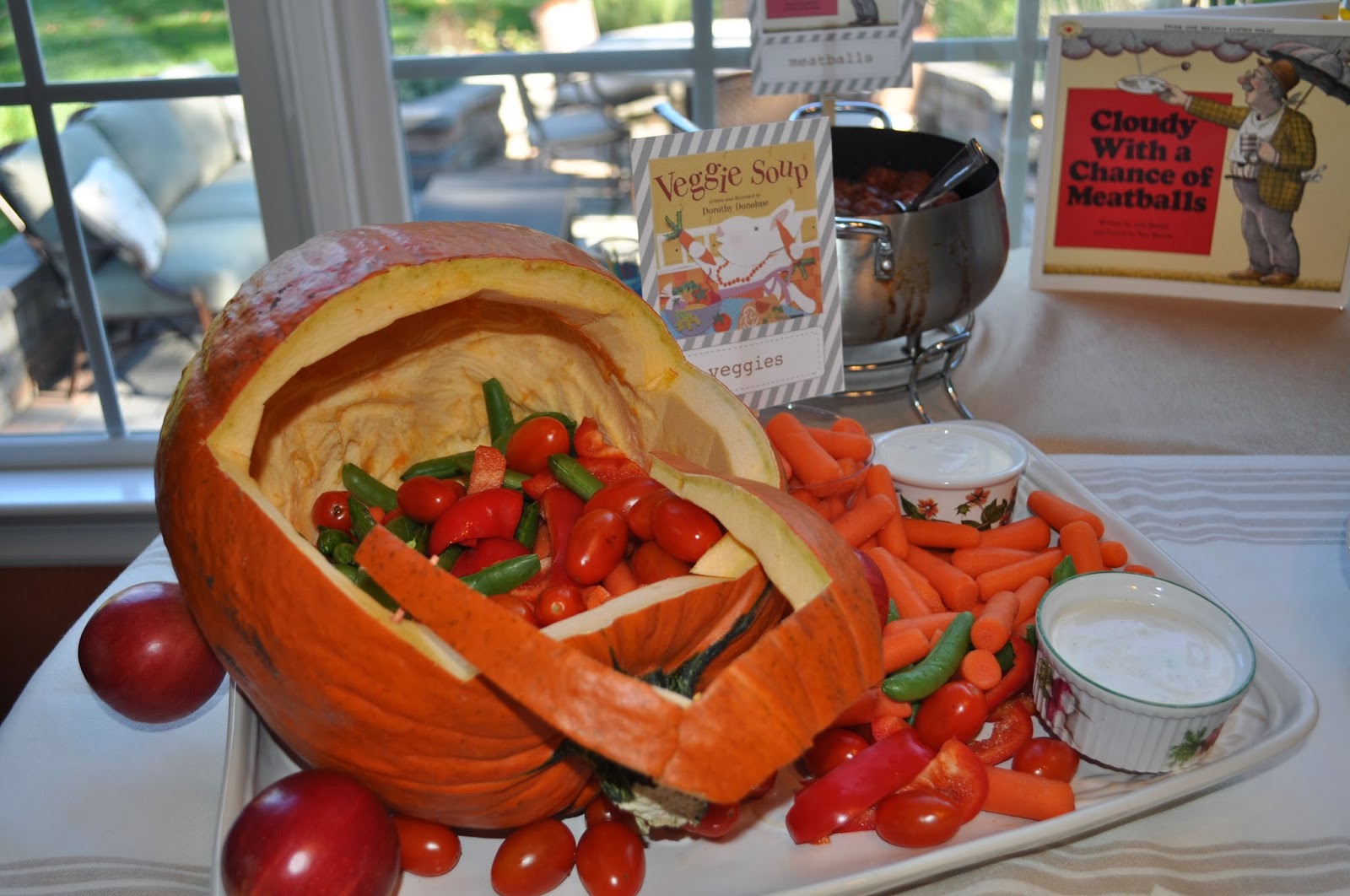 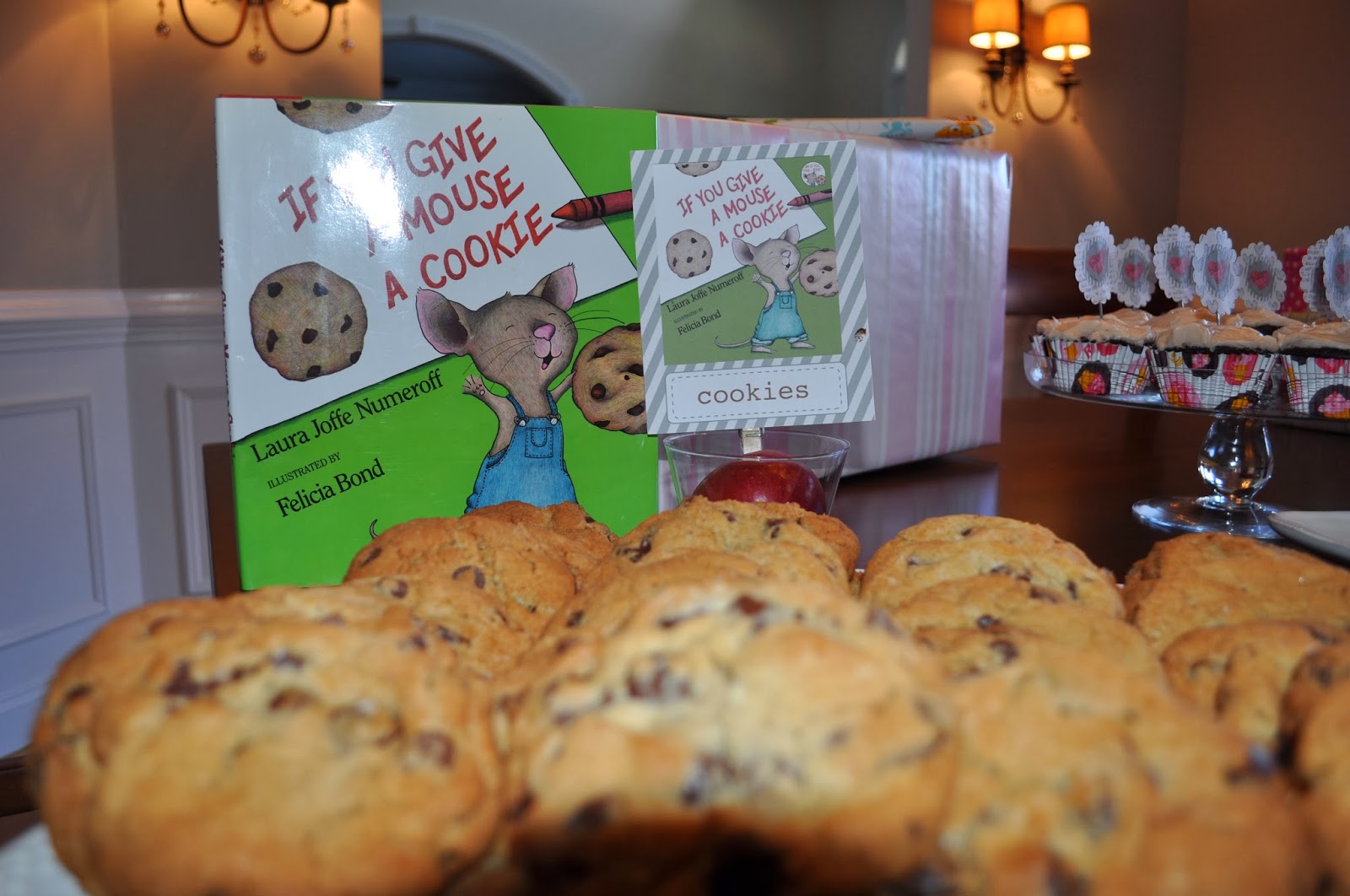 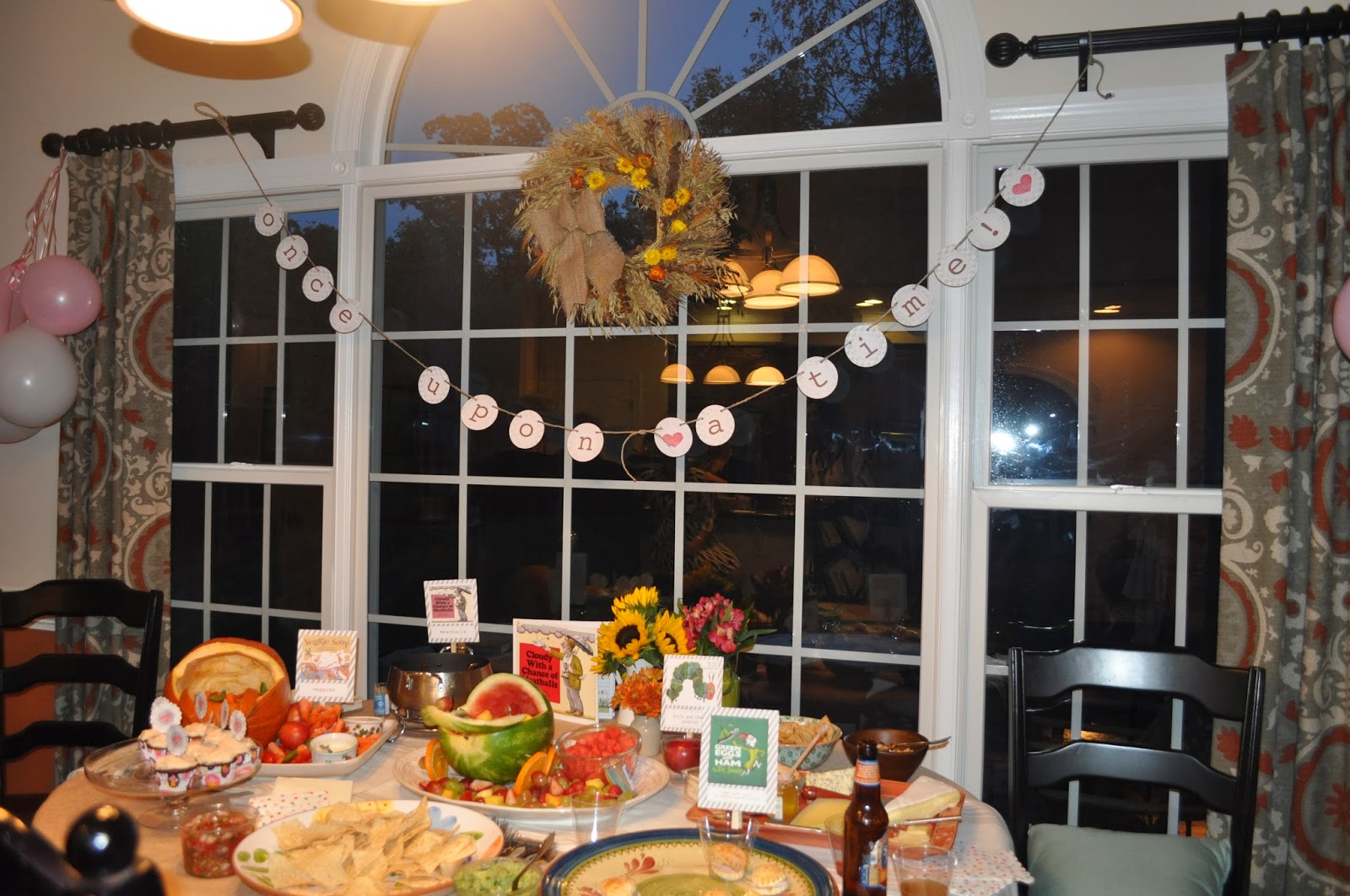 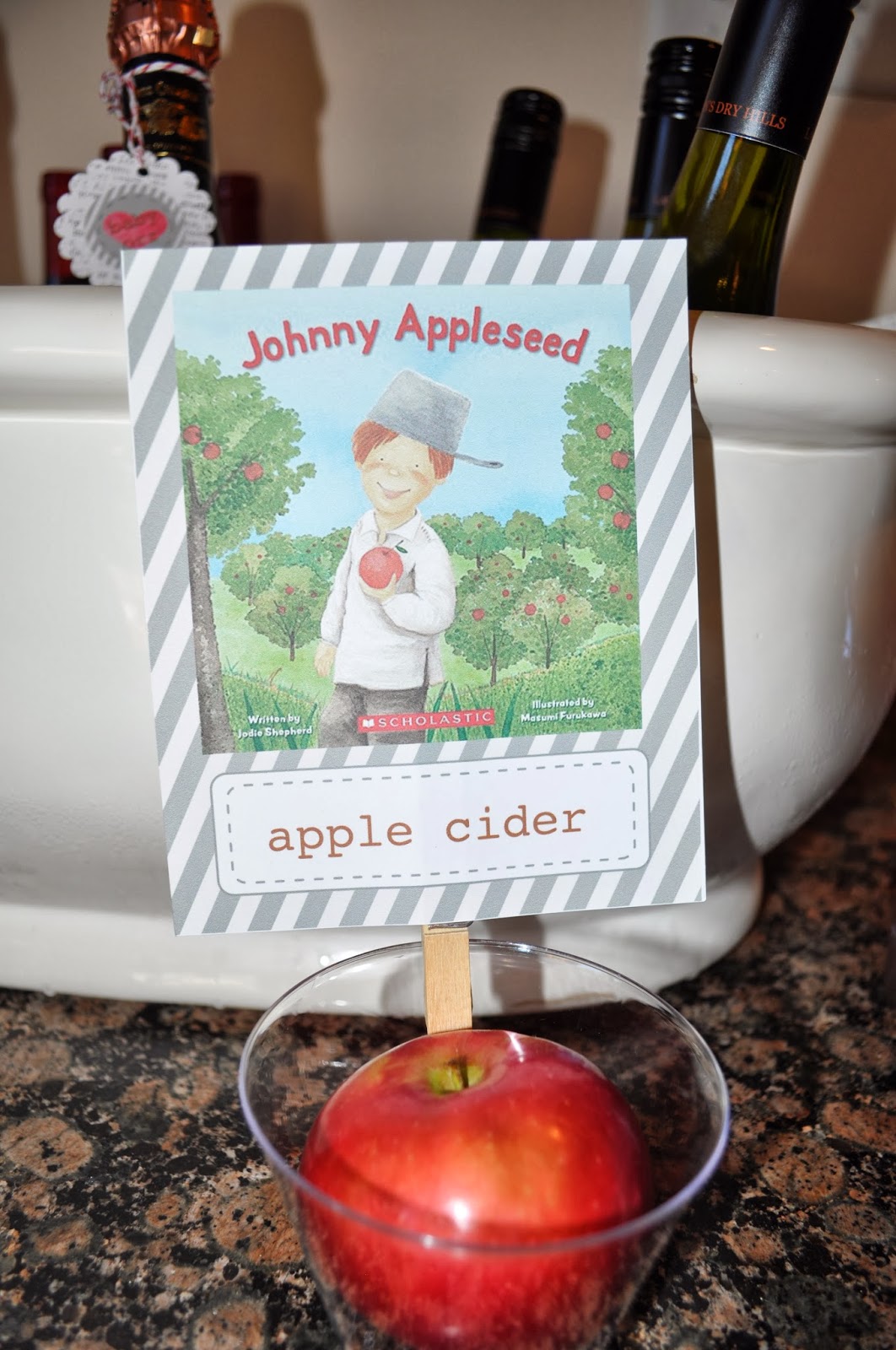 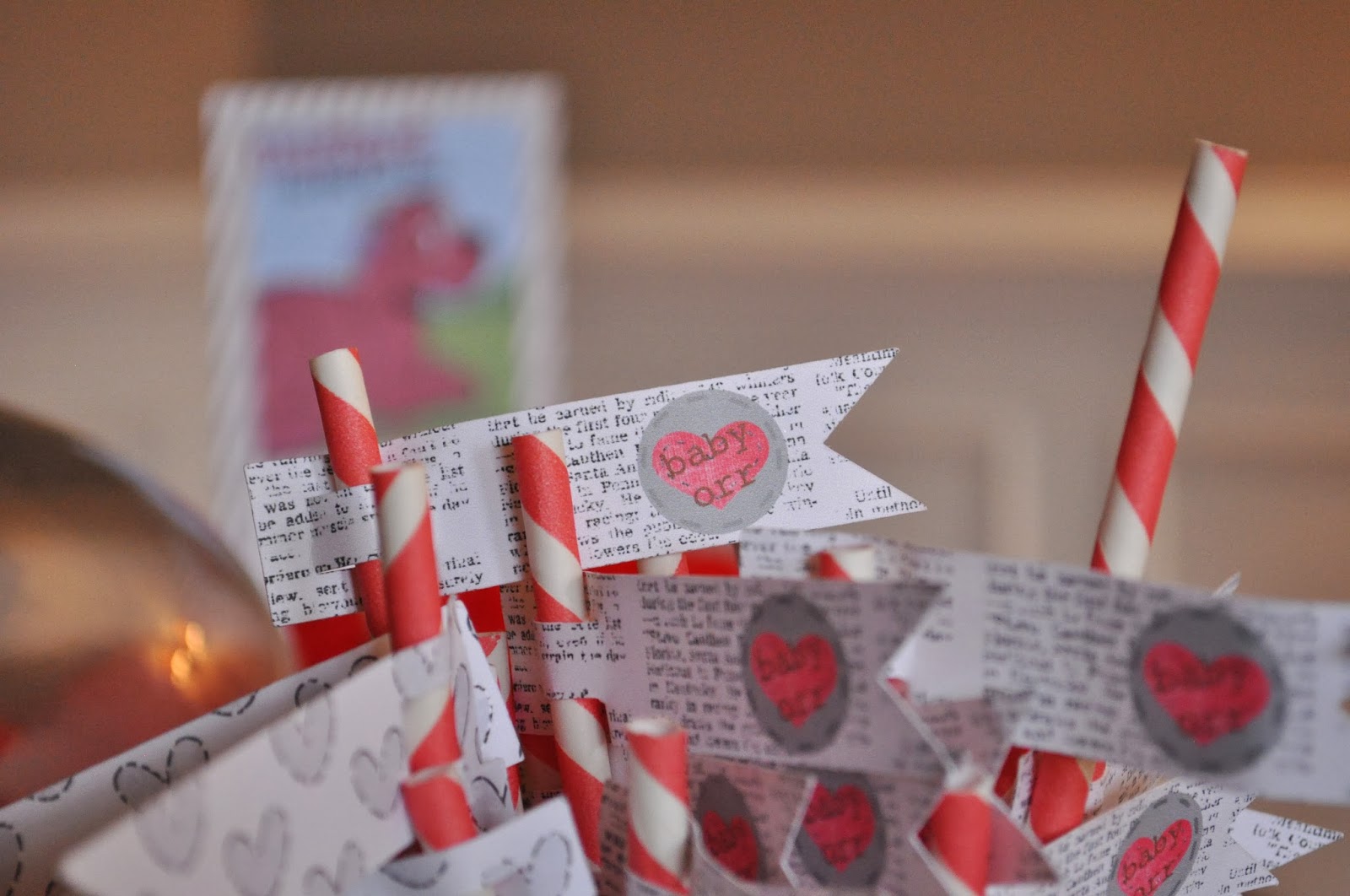 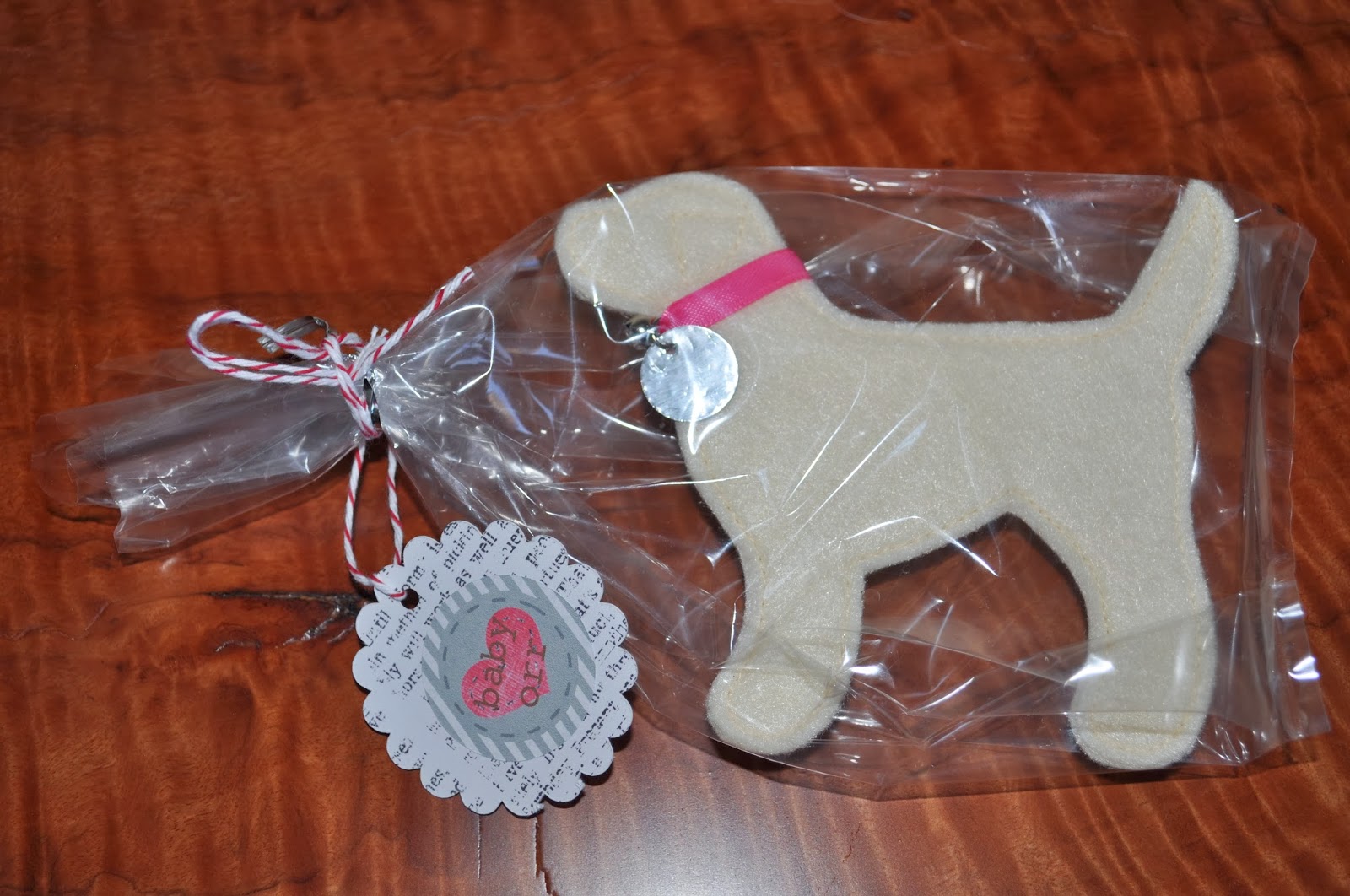 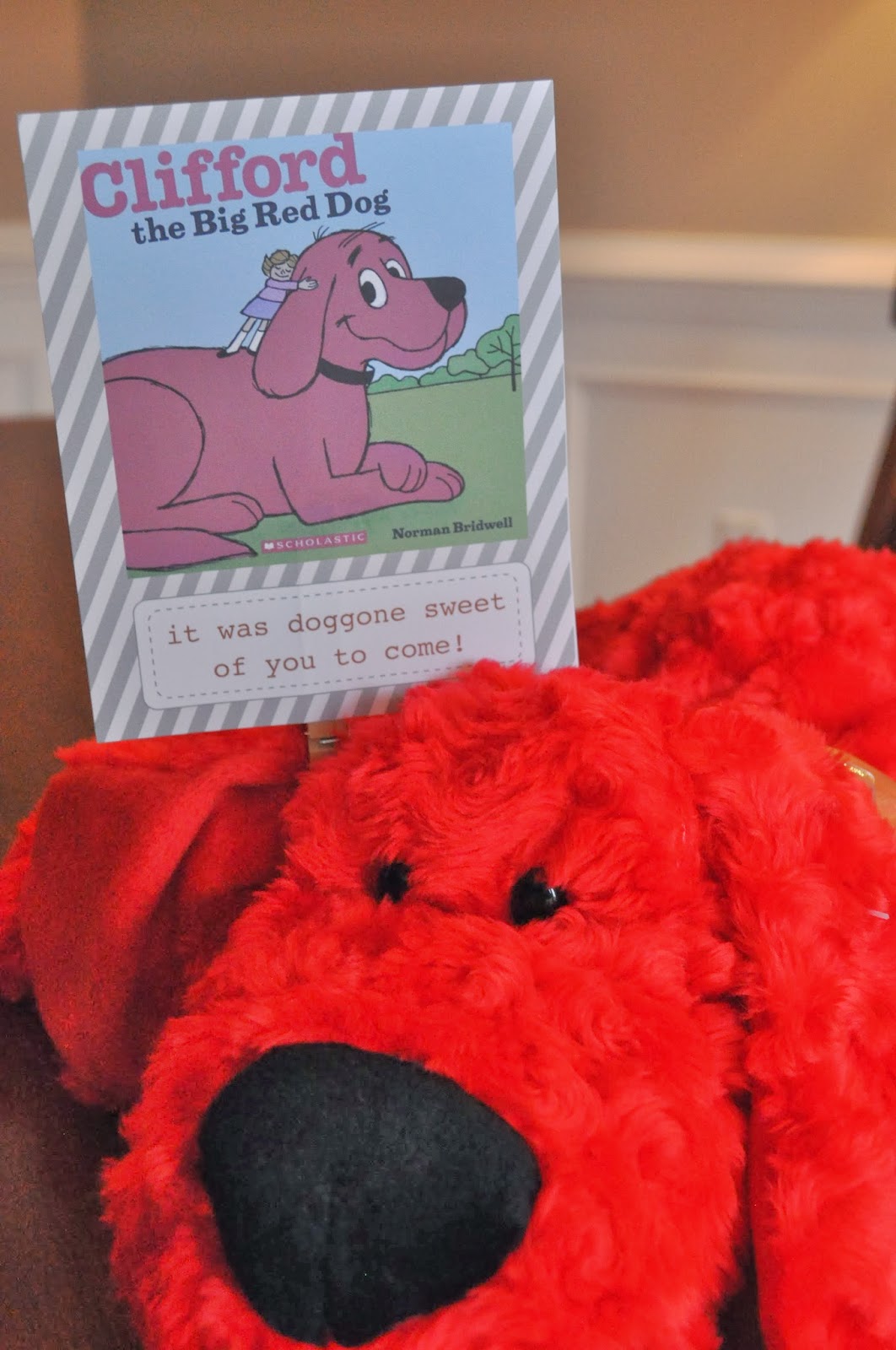