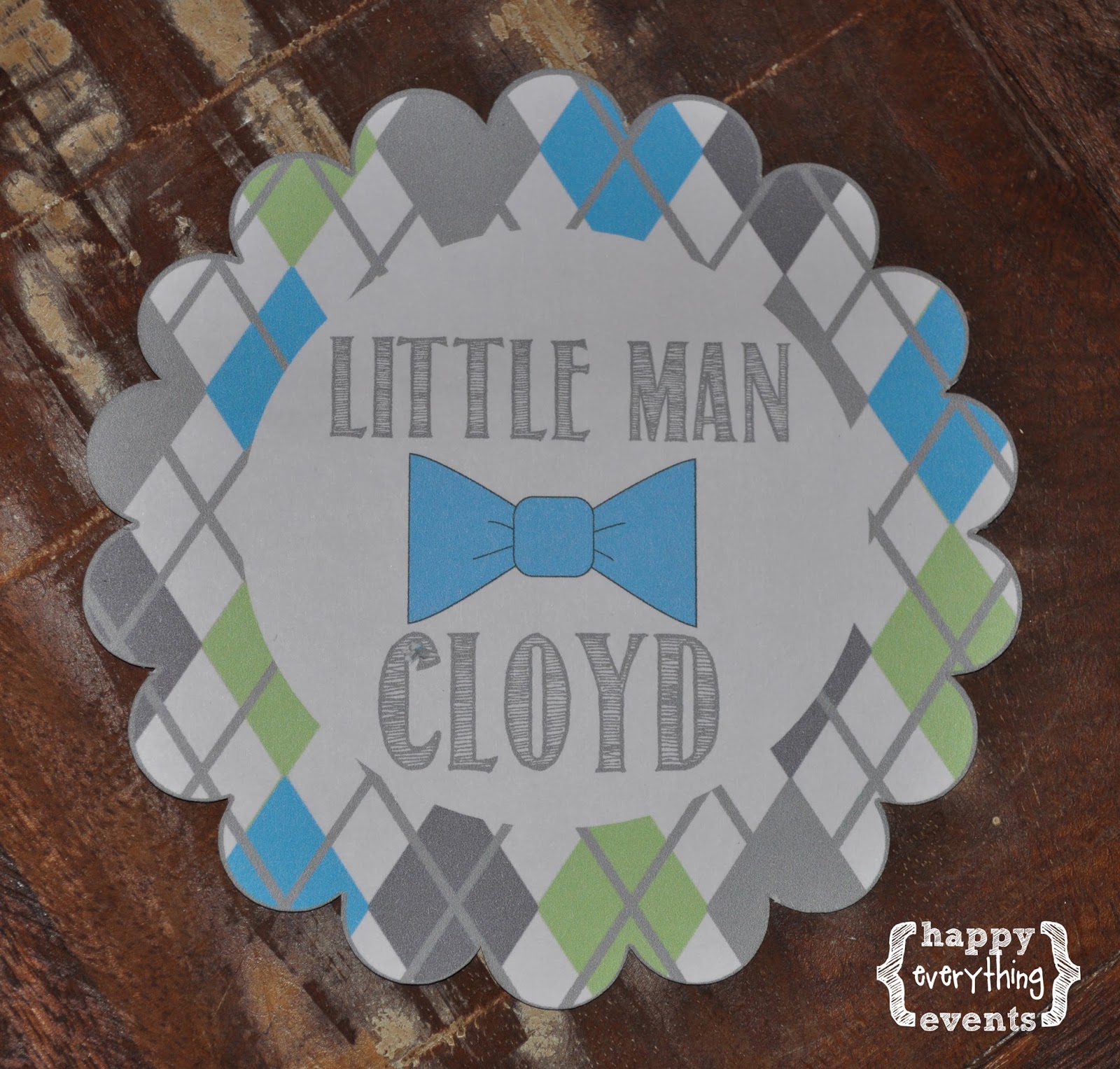 Hostess Michele saw our original "Little Man" Baby Shower back in April (See pics here) and when she decided to co-host a baby boy shower for her friend, Kim, she asked for this theme.

With a few modifications, we were able to completely customize this "Little Man" theme for this super fun mommy, who is having her third boy in October. 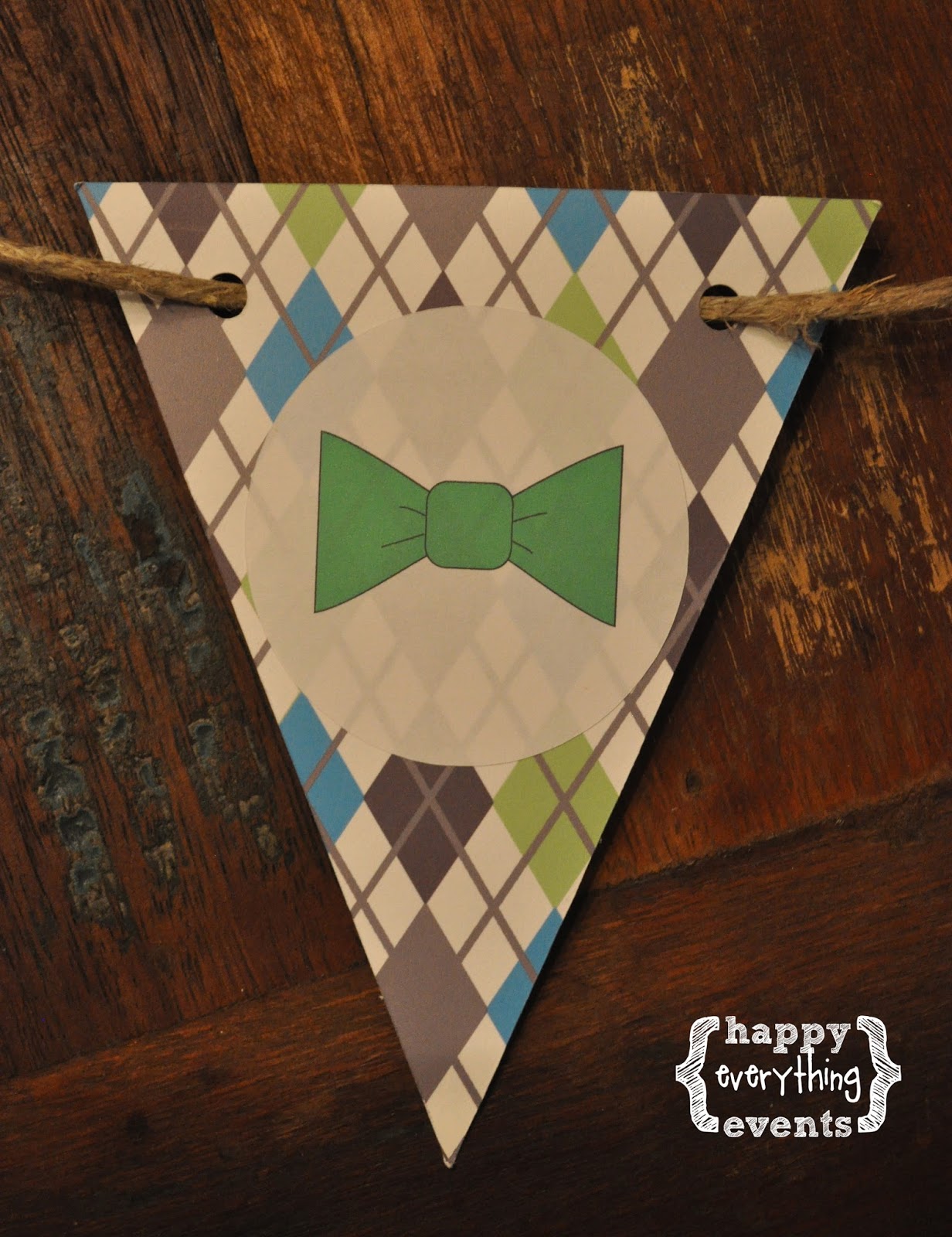 The green and blue bow ties and argyle print appeared on much of the decor,
including the pennant banner. 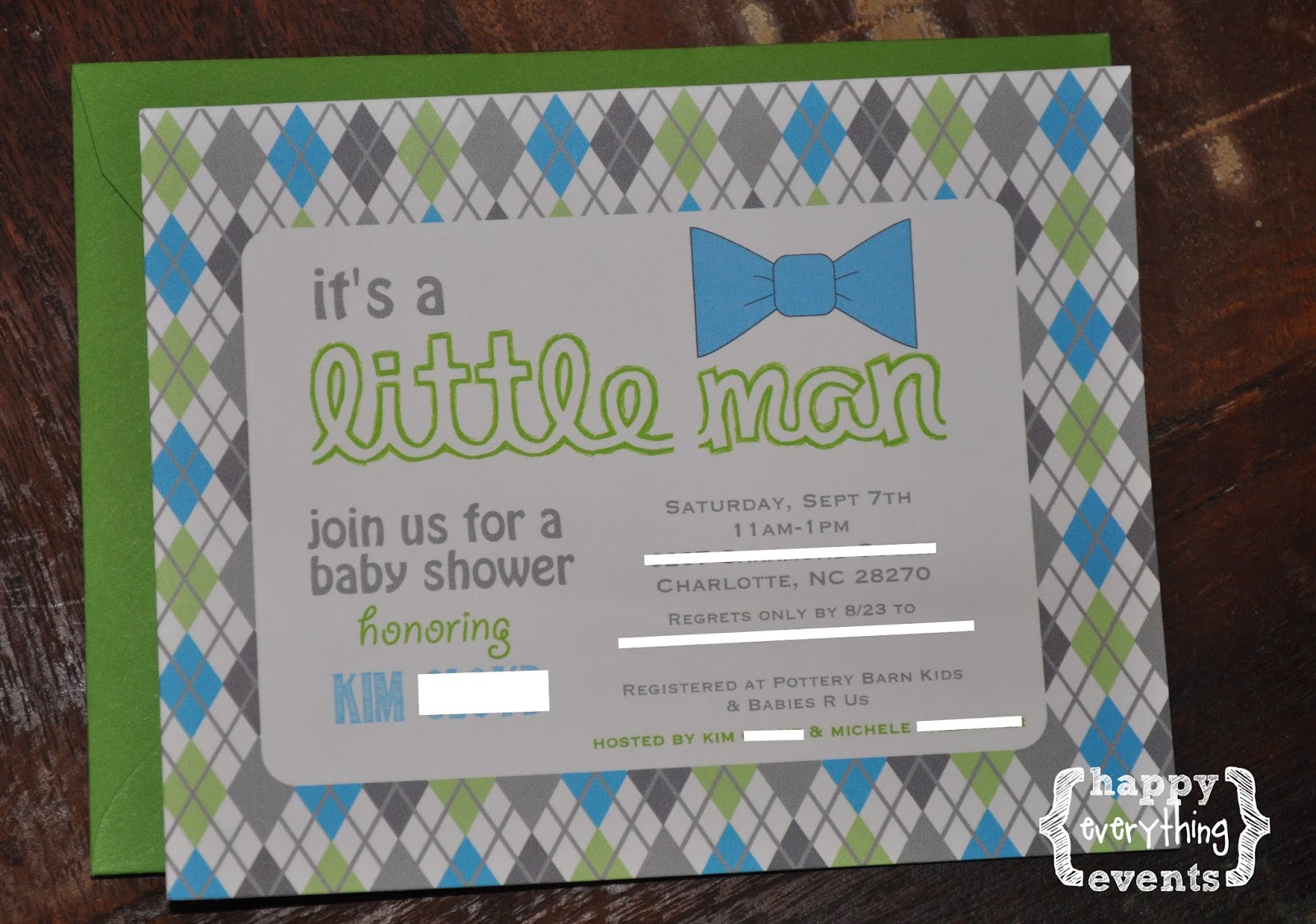 The invitations gave guests a sneak peak at the theme of the upcoming shower.
(Personal info has been whited out). 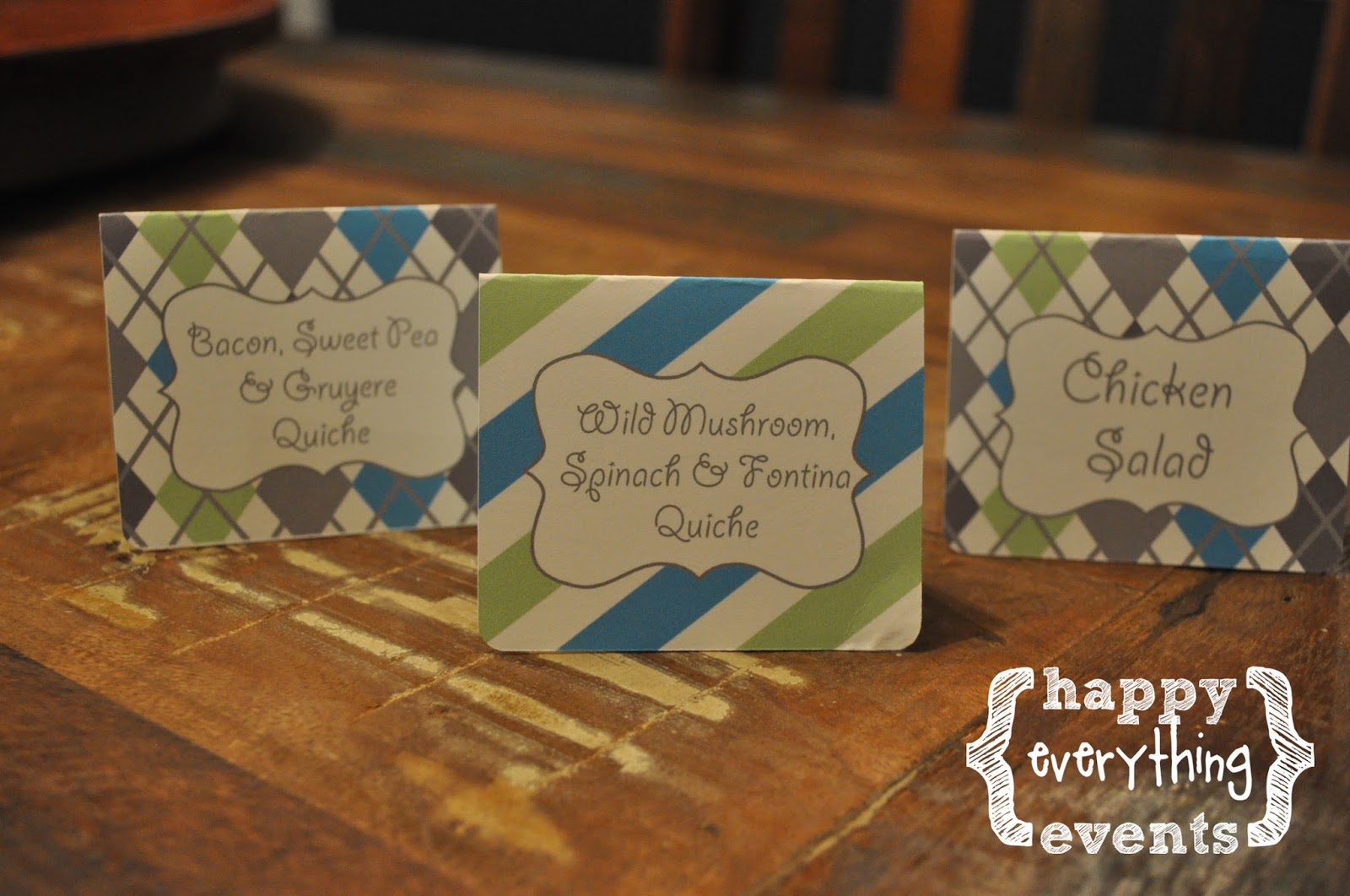 Coordinating food labels were preprinted with the menu items. 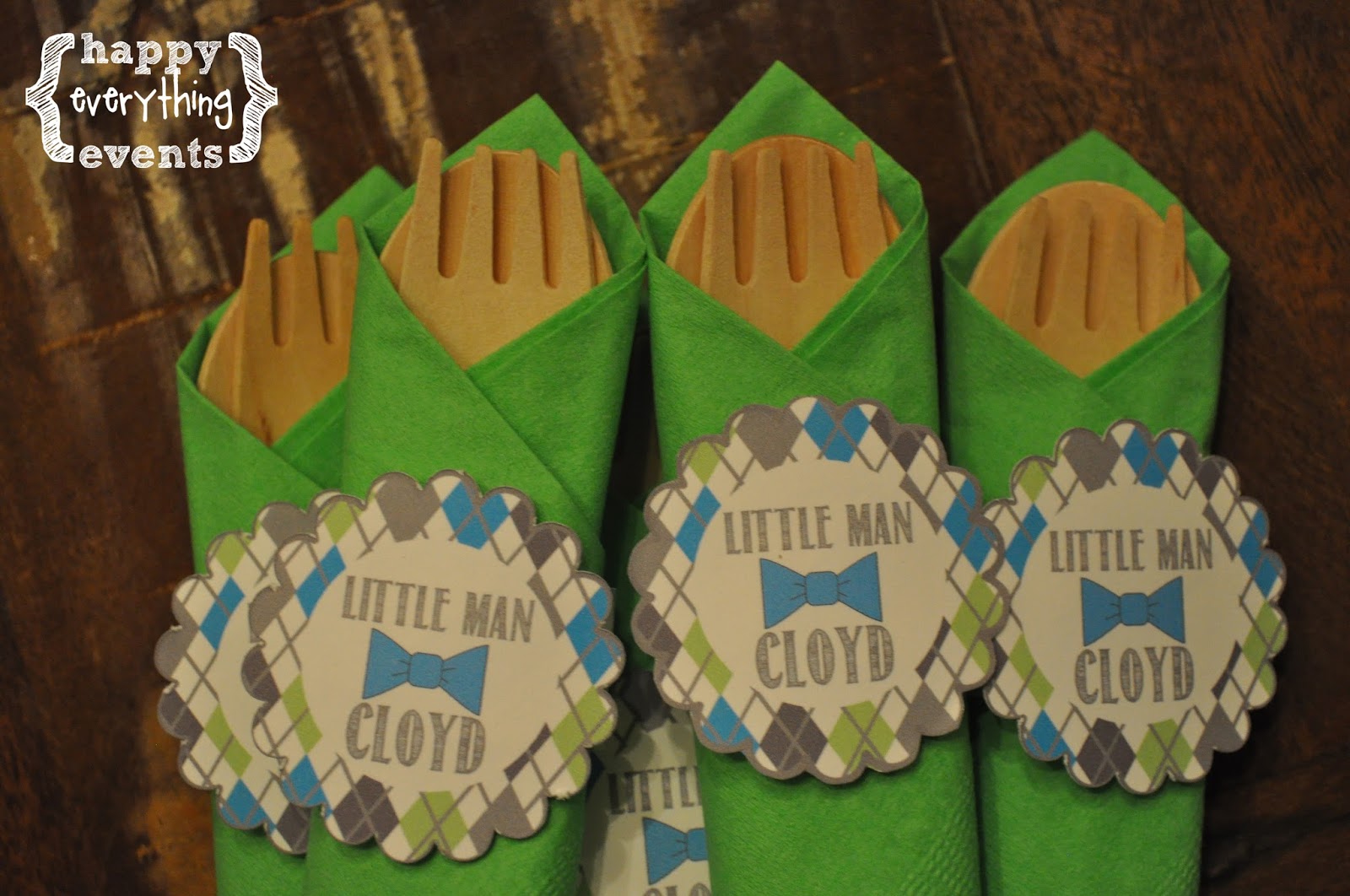 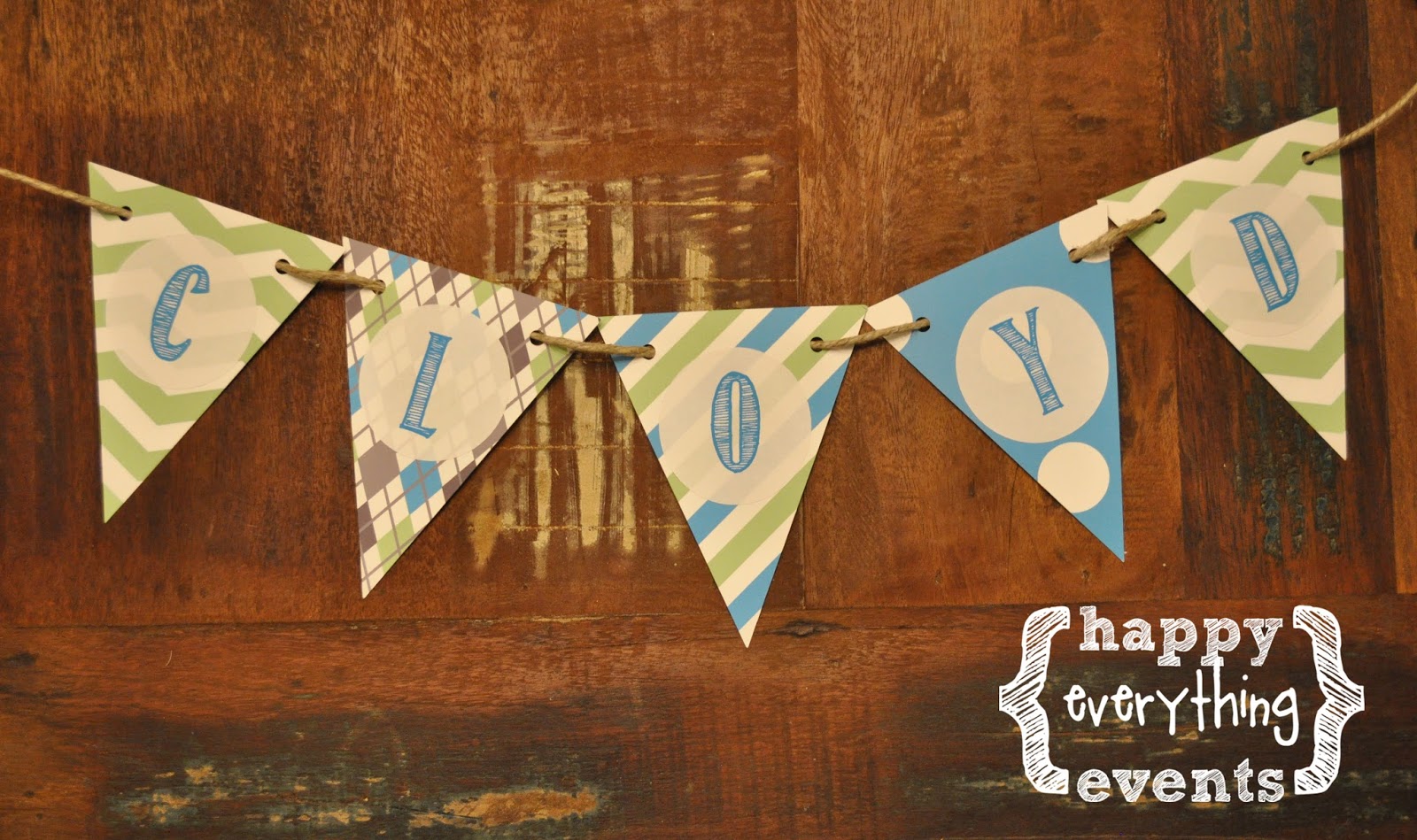 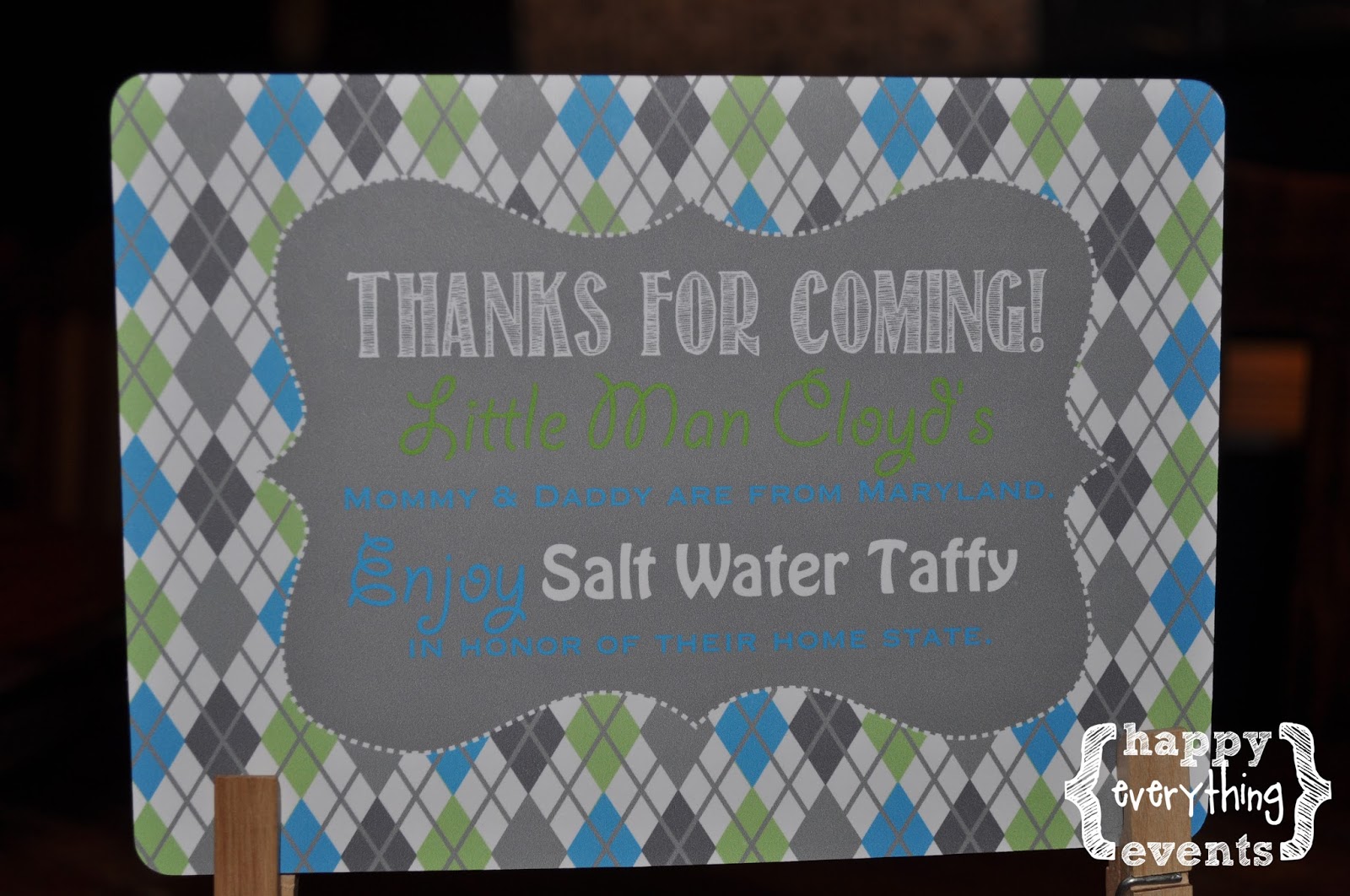 Since both Mom and Dad are from Maryland, the hostesses decided to have salt water taffy as shower favors. These favor bags and stickers kept with the theme. We also made a "Thanks for coming!" sign, explaining the favors so the hostesses could put it on display.

Huge thanks to Michele for sending along the following pictures from the shower in Charlotte on Saturday. I love the matching cake, the onesie garland and diaper cake. It looked so fabulous! 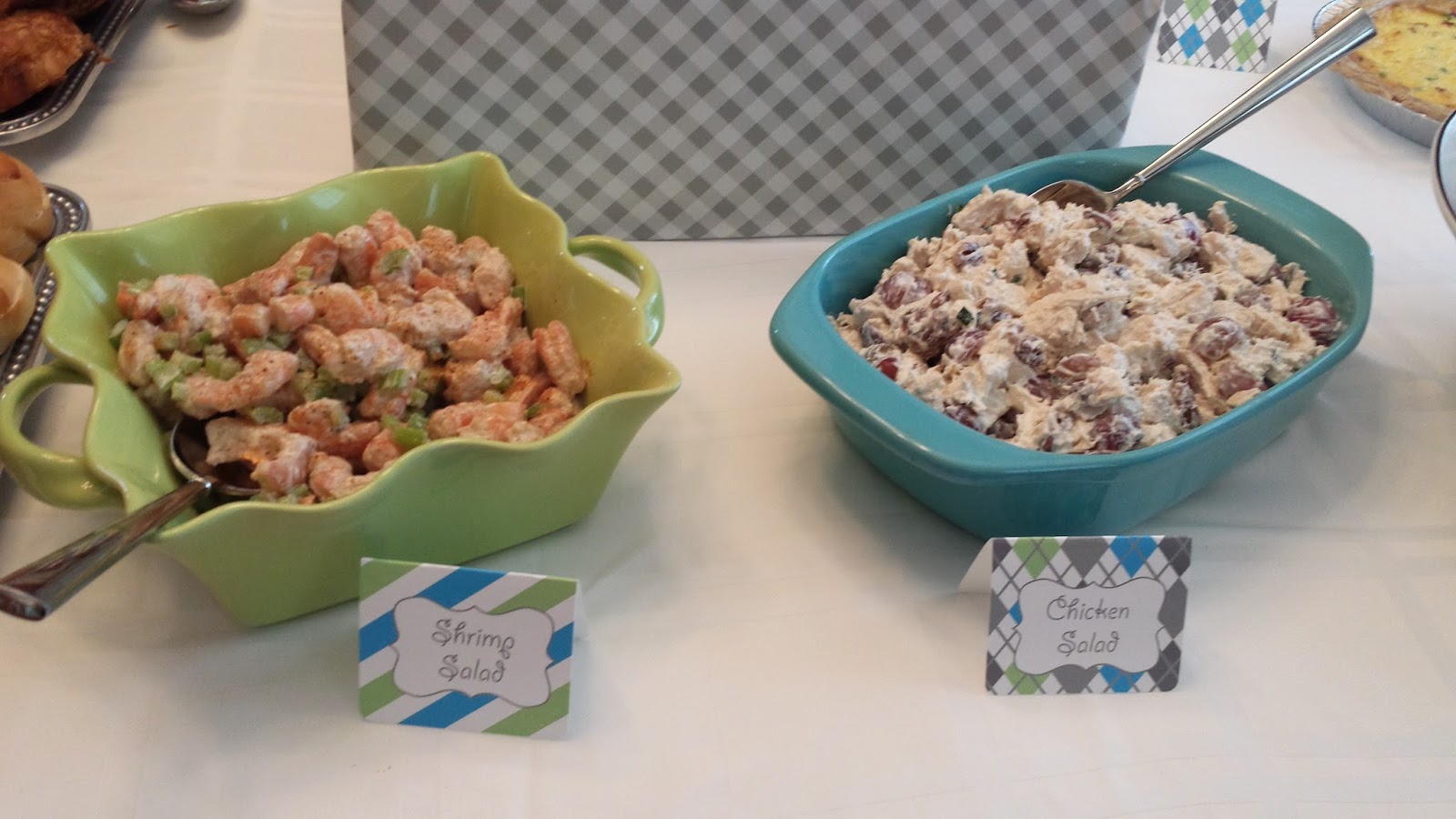 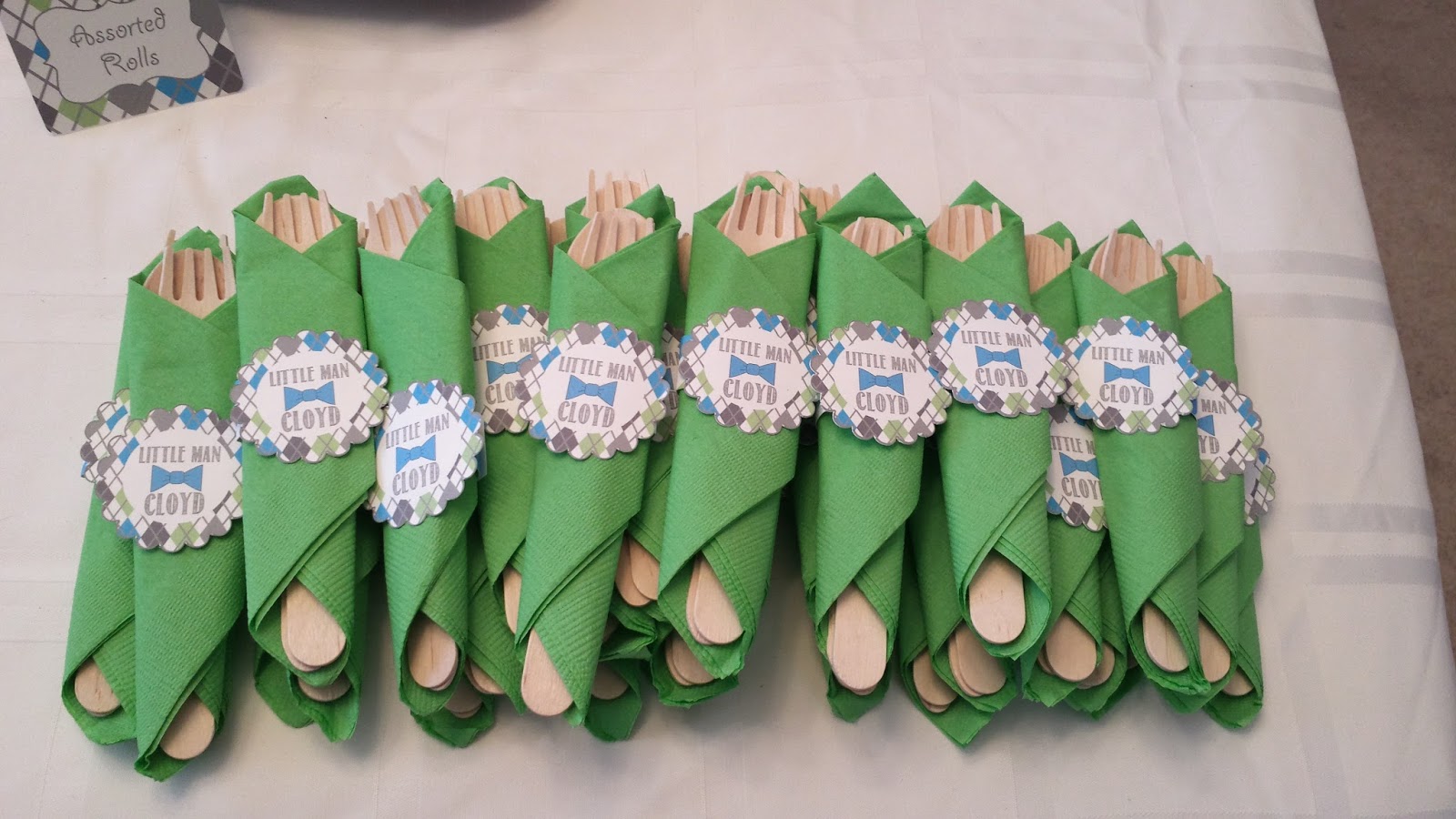 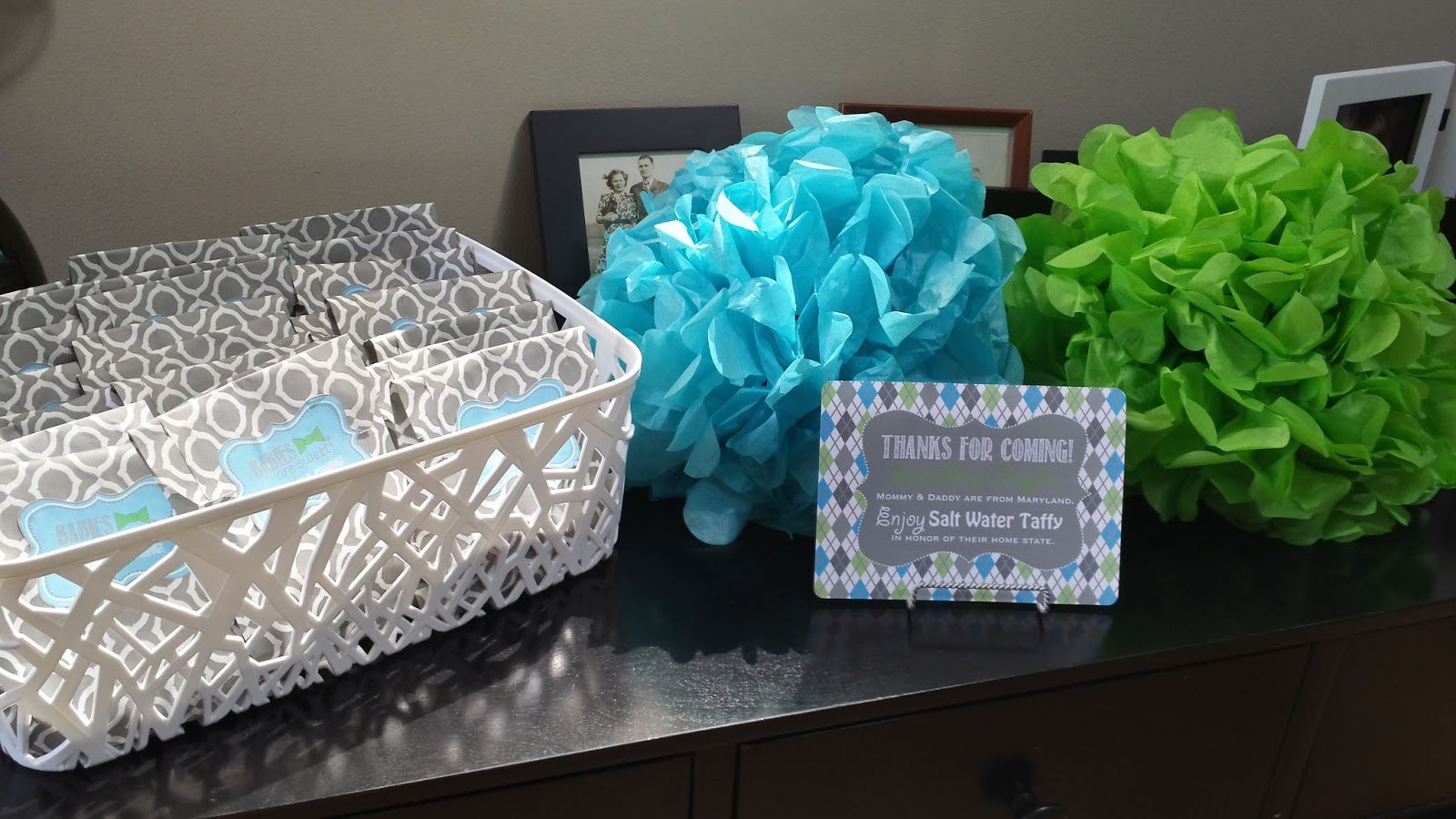 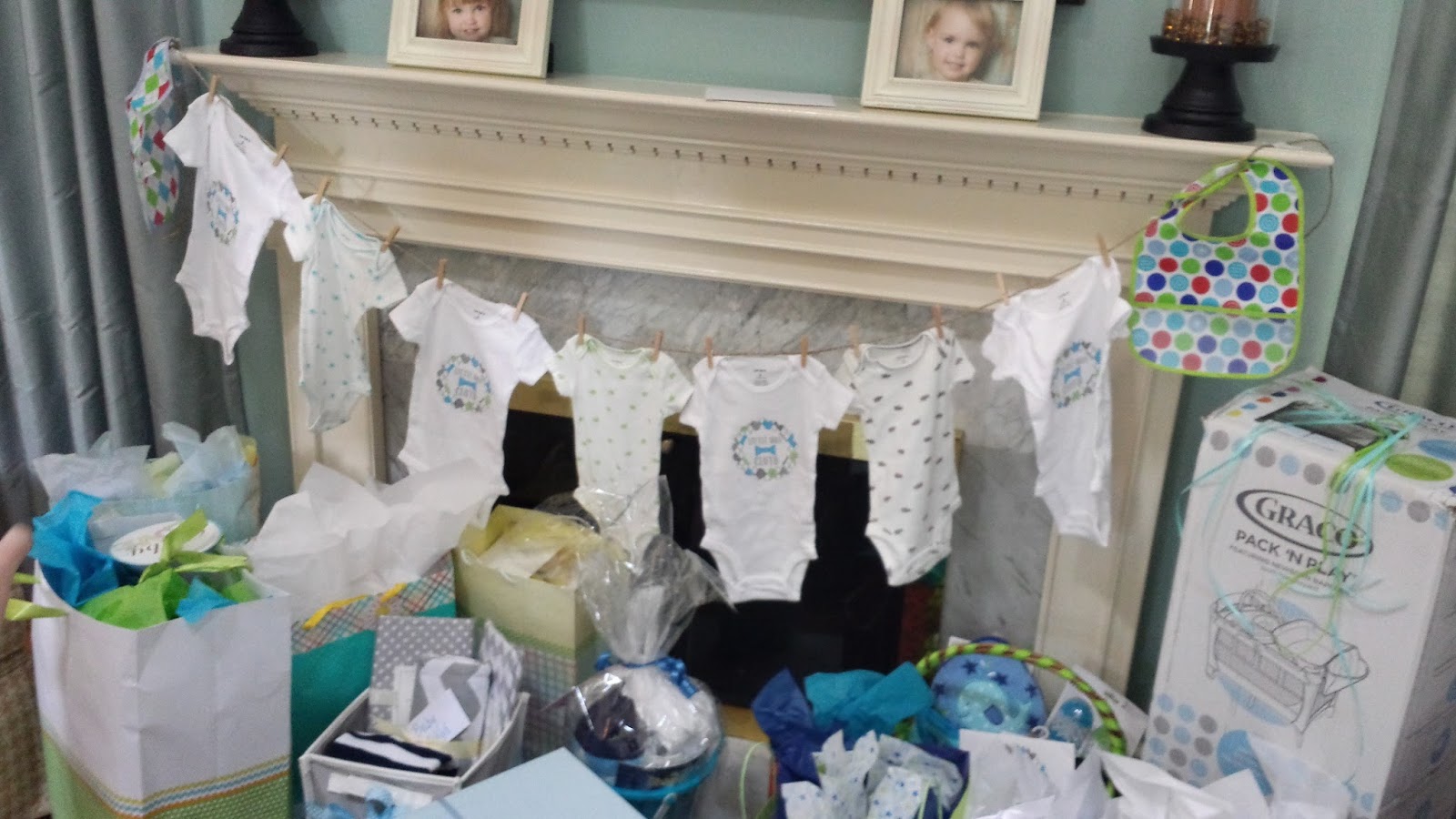 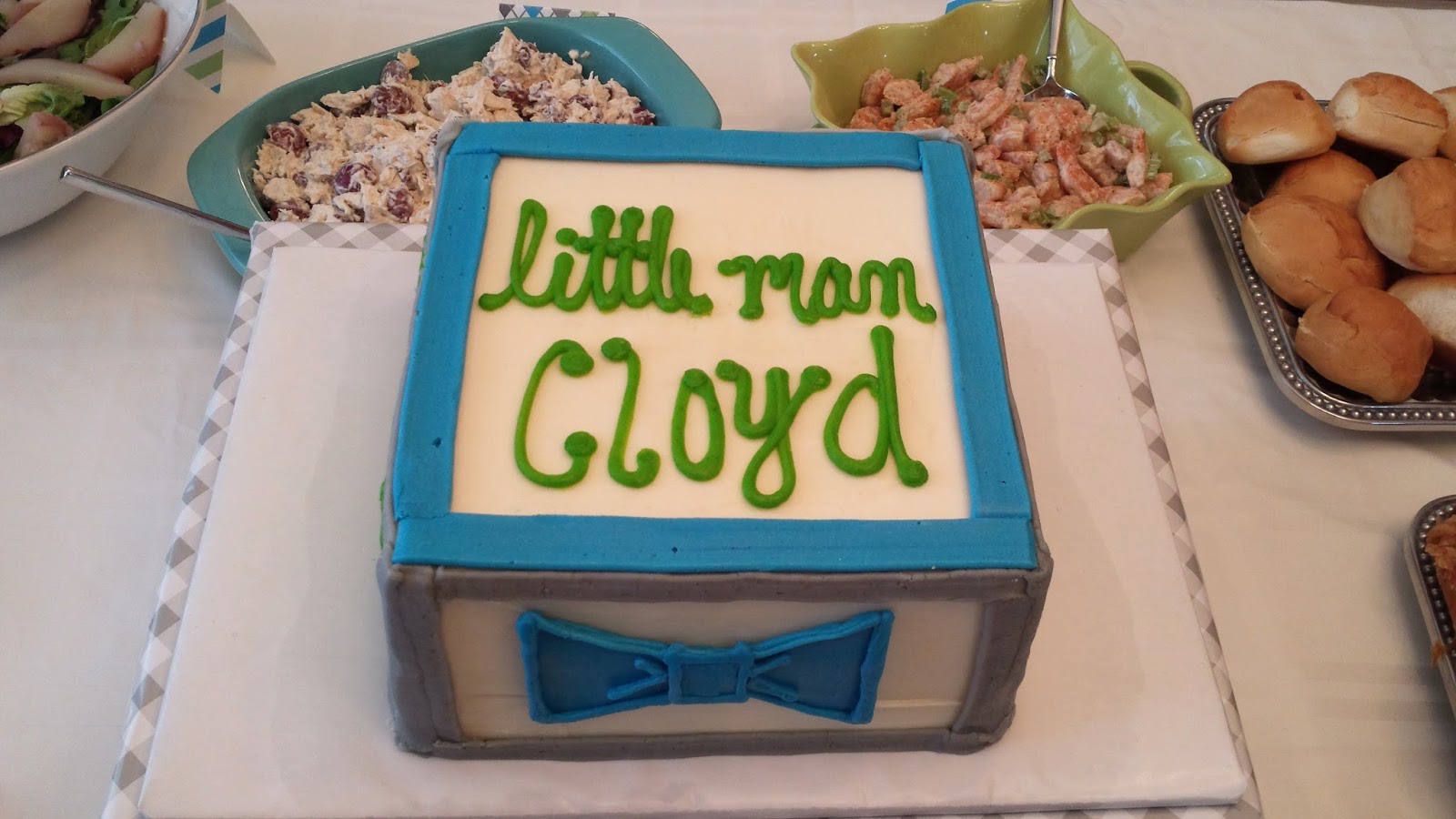 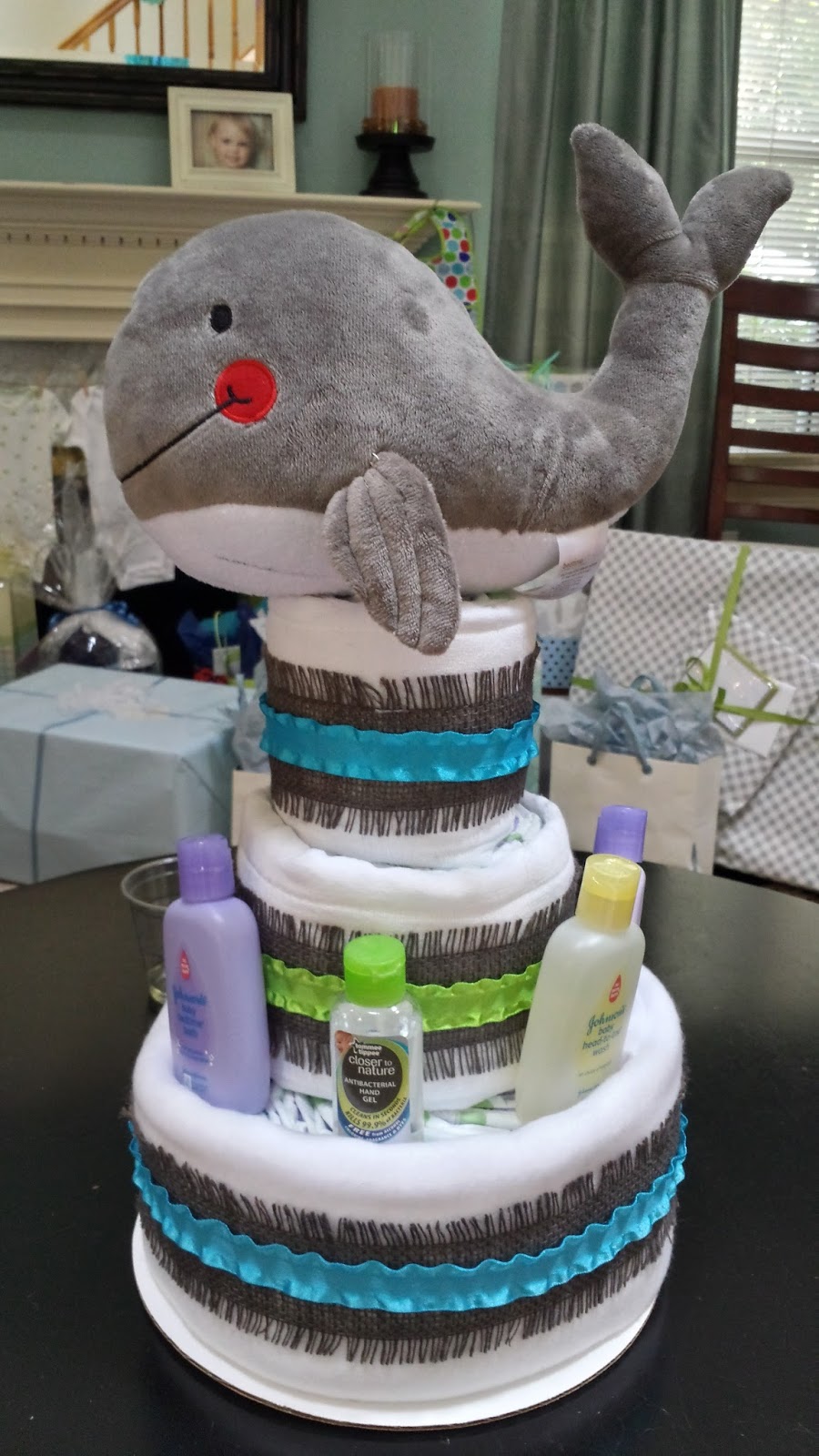 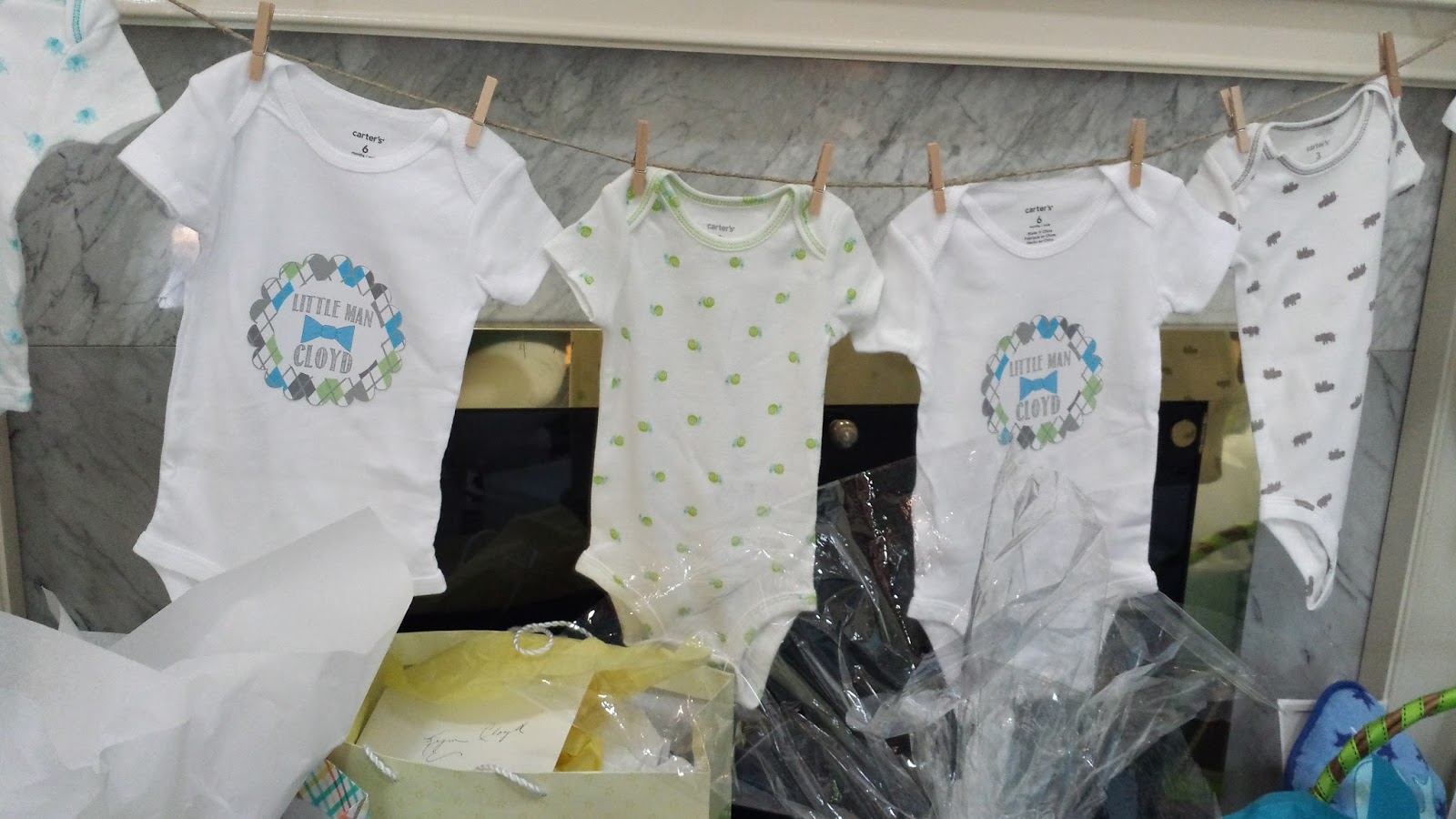 Congrats, Kim. Little Man Cloyd will be here before you know it!

Interested in your own customized "Little Man" baby shower or birthday party? Let me know.